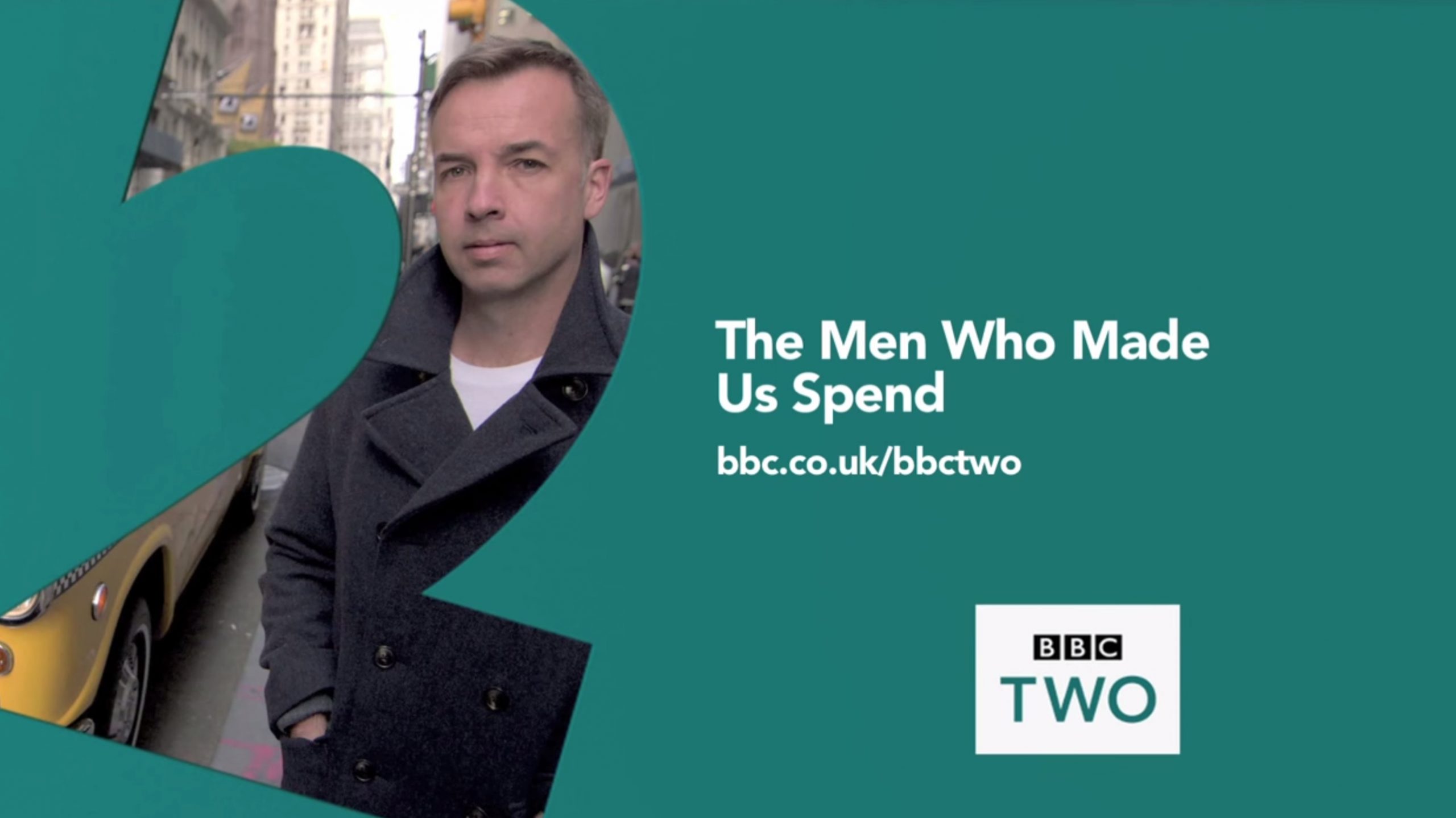 Over the last 6 months I have forgotten how many times I have recommended to my contacts in the conservation industry to watch the BBC series ’The Men Who Made Us Spend’ and in particular Episode 2. In this episode Jacques Peretti explores how fear has a powerful hold over our behaviours – and how this has been exploited by those who want to sell us products and services. He meets the men who sold us cigarettes, SUVs, soap, and even bottled water off the back of our anxieties – and our desire to have those anxieties banished. The strategies and techniques used to manipulate us to spend are the same ones that can be used to manipulate the users of illegal and endangered wildlife products into stopping their purchasing behaviour.

I urge the conservation industry to harness these techniques. Some agencies are starting and have ‘dipped their toe in the water’ of social psychology and behavioural economics. But there is a belief that all messages should be positive, that messages shouldn’t upset people and they should appeal to people’s higher values. The assumption is that people learn and change when they are positively engaged. This pervasive mindset will limit the effectiveness of demand reduction campaigns.

People can be moved into action to either move towards pleasure (towards feeling good) or away from pain (away from feeling bad). In historical terms this is the ‘carrot and stick’ approach. As Jacques Peretti highlights in the show, people’s anxieties and their desire to overcome them (to move away from pain) are used to influence purchasing decisions. Our fear of being left behind, of not being good enough, in short our status anxiety, is exploited by marketers around the world to make us spend on credit.

In the same way the users of rhino horn in Asia are desperate to get or maintain acceptance by their peer group, maintain status with their peer group or are anxious about their personal health or that of their families. They are aspirationals whose behaviour is driven by anxiety and can therefore be changed. The tipping point in purchasing decisions occurs when the pain of NOT changing becomes greater than the pain of changing.

One interview that stood out in the BBC series was with Dr. G. Clotaire Rapaille, founder of the company Archetype Discoveries Worldwide (http://www.archetypediscoveries.com/). Dr. Rapaille uses the simplified Triune Brain (or Three Brains) Model to analyse purchasing decisions and to find unconscious drivers of behaviour. Marketers like Dr Rapaille realised early that the way we rationalise our decisions does not reflect how we make them. They came to realise that more often than not the Repitilian Brain, which deals with basic survival instincts, has a much more powerful influence than we realise ourselves. Whilst we like to believe that our Neocortex, the rational brain, is in charge, mostly it just rationalises decisions made by the reptilian and limbic system. Because these drivers remain unconscious, they can be skilfully exploited in marketing and advertising whilst selling us a convenient way to rationalise the decision at the same time.

This is manipulation because it fools us into buying stuff we don’t need and worrying about things we shouldn’t worry about. Just think of all the products you buy to get rid of ‘germs’. Washing up liquid that kills 99.99% of germs. Same for hand soap, hand sanitizer, surface cleaner etc. In reality, there is no difference in the effectiveness of these products, they just exploit our anxiety about the link between ‘germs’ and disease to make us buy more expensive products we don’t really need.

As Dr. Rapaille states, in order to appeal to the consumer in every possible way, all communication should have a reptilian, limbic and rational aspect. At the root, however, it is the reptilian that marketers must appeal to if they wish to be successful.

These are the techniques I used when I first interviewed the users of genuine rhino horn in Viet Nam. As a behaviour change expert, I know that what people tell me they believe does not always match what they really believe. Over my 15 years of coaching practice I have learned to ask the right questions to extract the real drivers of behaviour. Using those techniques I was able to establish very quickly that the use of rhino horn is driven primarily by two factors:

The first factor operates at the limbic level and works the same in Western culture. The Vietnamese have adopted the same status symbols we use – luxury cars, big homes etc. Genuine rhino horn is just an additional way that allows the users to express belonging to a very exclusive group. Negating this status anxiety would involve either appealing to higher values (‘caring for and preserving all life on earth’) or moving up to an even higher status group that rejects rhino horn (international business/political elite, see previous blog: http://breakingthebrand.org/giving-up-rhino-horn-to-be-accepted-into-a-higher-status-group/). With the users having zero or limited affinity with the rhino, going down this path is a medium to long-term proposition only.

The second factor operates at the reptilian level and will therefore win out over the status anxiety when put to the test. This seemingly justifies the much advocated approach of educating users that rhino horn has no medical efficacy. But education does not change belief systems. Over a decade’s worth of scientific studies and news articles educating the West that homoeopathy is completely ineffective, apart from the placebo effect, has not reduced the use of homoeopathic remedies one bit. From a ‘believers’ point of view it does work.

In order to use the reptilian brain to change behaviour the health anxiety needs to be turned on its head – a health supplement needs to be dangerous to your health. Then the same anxiety works in reverse. We will happily consume health supplements we don’t need (like taking multivitamins when already eating a balanced diet) as long as they don’t harm us. Only when it turns out that a medication’s side effects may be worse than its positive effect does user behaviour change almost immediately. Just recall what happened in 2006 when it was discovered that statins (cholesterol lowering drugs that are usually prescribed unnecessarily) can have severe side effects (like causing diabetes) which for many patients outweigh the benefits of the drug.

What does this mean for rhino conservation and rhino horn use in Viet Nam? It means that we should continue to run ‘education’ campaigns and awareness campaigns but we can’t expect results in a time frame that matches the decline of the rhino population.

In addition we need to do two things:

I know that this combined approach works because it has come up again and again in our coaching practice. We have worked with hundreds of high-status business executives who engaged in behaviour that made them miserable and often ill. They felt stuck and unable to change because they had created a lifestyle based on status anxiety – high expenditure, high debt, ego driven. They couldn’t imagine a way out and the pain of not changing was still less than the (imagined) pain of changing. We had to outline the consequences of not changing, heighten the pain of not changing and then show that there is a way out.

We would urge the conservation industry to add this approach to its repertoire. It does mean using fear and anxiety as legitimate behaviour change tools. This may seem ‘hypocritical’ from the perspective of an industry committed to appealing to higher values. Yet conservation groups are fully complicit in not challenging overconsumption in Western society. Perhaps they unconsciously feel that challenging aspirational behaviour in Viet Nam, or Asia in general, would be incongruous with their lack of challenge to aspirational behaviour in the West. Perhaps it is time for the conservation industry to accept that humans are more complex in their behaviour and that appealing to higher values alone cannot produce the conservation outcomes we need in the short term.

A good example would be palm oil. We in the West are all complicit in the massive destruction of rain forest in Indonesia and Malaysia for palm oil plantations. Palm oil has come to replace most other vegetable oils in supermarket food products such as chocolate and biscuits because it is ‘cheap’. Because palm oil is not labelled as such, as buyers of these products it is easy to remain ignorant and buy cheap. Cheap for us, but not for the planet and not the orangutans and all the other species being wiped out. With few exception (https://www.youtube.com/watch?v=VaJjPRwExO8) users of palm oil haven’t been challenged and so the pace of change has been slower than it needs to be. Will more of the conservation groups concerned about rain forest destruction dare to attack our consumer behaviour?

We have to accept incorporating this approach will cause people to be affronted and donors may find it difficult to have to reflect on their own actions. They can be desensitised when they are educated, when they understand these theories have been used by companies, marketers and advertises for decades to manipulate us to spend, spend, spend to the point that many people have lost their ‘freedom to act’ when they see unethical behaviour, as they are more worried that challenging the behaviour may put their lifestyle at risk.