Conservation vs. Wildlife Traffickers. Who do you think will win the war in wildlife crime?! 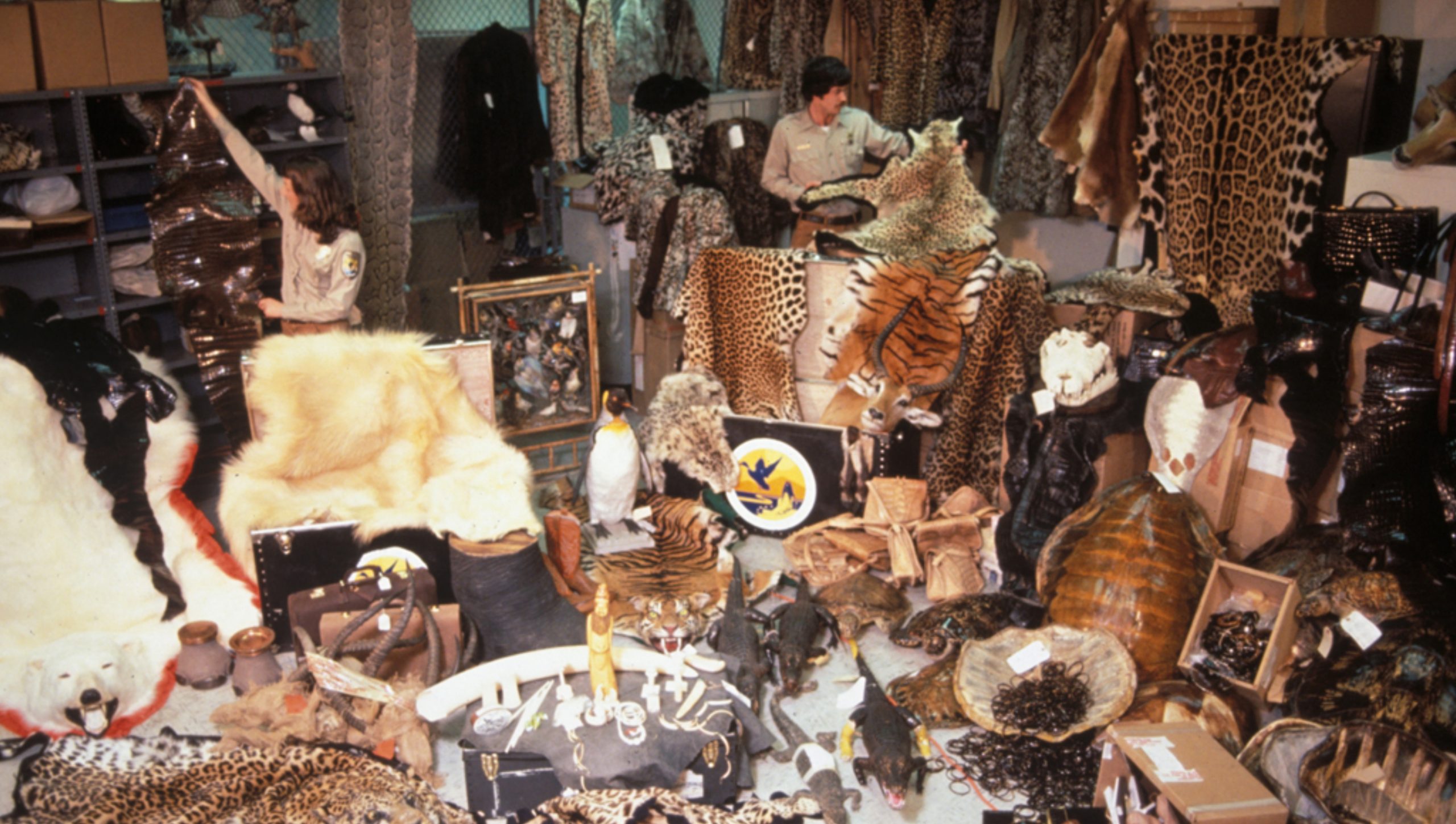 The market for wild animals, both illegal and endangered, has changed significantly in recent years. It is essential that the responses needed to contain escalating demand evolve in answer to the new tactics of the wildlife traffickers.

In the last few decades many large conservation bodies have accepted, to some degree, the commoditisation of wildlife with the aim to reduce human-wildlife conflict. With the rapid acceleration of wealth in Asia the demand for many of these ‘products’ has spiralled out of control to the point where there is a real chance of iconic species such as rhinos, tigers, elephants and lions being driven to extinction in the wild on our watch.

The current skills and experience of the large conservation bodies are looking less relevant in addressing and containing this development. But the question is: Do they see this and, if they do, are they willing to be open to the skills development and culture change required?

About 12 months ago a long-term trustee for one major conservation organisation said to me ‘Conservationists don’t make good businessmen and businessmen don’t make good conservationists, but when you can get the two working together you can make change.’  Returning from South Africa in the last 24 hours I had to put some thoughts on to paper. Certainly the meetings with wonderful, passionate, clever people reconfirmed the observations of the last 2 years; I would estimate less than 5% of people who are working, thinking, donating and caring about wildlife are thinking strategically about problem solving some imminent and critical issues.

The conservation sector might be stereotypically described as looking like ‘analytical, process rather than results driven, arrogant, nit-picky academics’ while the wildlife traffickers could be described as looking more like ‘market savvy, intuitive, ruthless, nimble entrepreneurs’.

The traffickers have realised how comparably safe it is to get rich from dealing in wildlife. As a result they are now moving beyond simply exploiting the existing demand for animal products such as rhino horn and ivory. Given how easy and lucrative it is to fill the demand for animal products compared to their other business, such as human, arms and drug trafficking, they are likely to be designing and manufacturing new markets such as the emerging one for Giraffe bones.

What is frightening is that they won’t stop turning living beings into money and they know the populations of iconic animals are dropping rapidly. Instead, they will be thinking up new hooks for the aspirational, gullible buyers in Asia which target the more abundant spices. What ‘miracle cure’ do you think they will manage to attribute to the zebra, wildebeest, buffalo or warthog!? So I go back to the question, does the conservation sector have the skills to respond? If not, how quickly can it catch up?

As donors we have to take some blame for this. We have become neurotic about the fear of being ripped off by poorly managed NGO’s that we question how every dollar is spent. As donors we have the right to ask NGO’s to provide transparency, efficiency and effectiveness in spending the funds given. Because donations are often given with instructions that they must be spend on a specific project this appears to have resulted in the underfunding of professional development in the not-for-profit sector for quite some time. Yes employees can do research, present and go to conferences and write academic papers. This has honed their specialisation and from what I’ve seen, from over 15 years of executive coaching, is that specialists rarely make good problem solvers. Additional professional development is required so the conservation sector can respond in both a scientific and commercial way to the current wildlife poaching issues.

Which groups are evolving and changing their behaviour quickly

Conservationists – Less than 10% thinking strategically. Lack sensory acuity to recognise when traditional models of conservation aren’t working for a particular species and the behavioural flexibility to change the strategy.

Activists – Too idealistic, ego-driven and fragmented. Need to create strategic, results focused collaborations with measurable and time-lined actions and demonstrable benefits for the animals.

Donors – accustomed to donating to the big brands in wildlife conservation. Often funds are disbursed too wide and in too ad hoc a fashion to make a difference. Similarly, the conservation sector tends to spend the money on campaigns the donors will be comfortable with rather than campaigns that could actually reduce demand.

I have willed and hoped that the conservation industry would succeed in their critical work. There have been successes in awareness raising, education, fundraising and legislation change. Examples include changes to animal testing, battery farming, fishery quotas and clean rivers & waterways directives; in the main in developed countries.

As a kid in the UK in the 70’s I was addicted to nature TV, Animal Magic, Survival, Wildlife on One, Life on Earth, Johnny Morris, David Bellamy and David Attenborough. The emerging debates about how people needed to protect the natural world and how you could and should take action resonated. The family home was in town, on a bus route and the bus stop was directly outside the house. I decided my bedroom window would become a billboard for all I cared about and passengers on the top deck of the bus where confronted with posters on everything from save the whale, stop seal clubbing, anti-fox hunting, pesticide and birds of prey, anti-fur trade, save tigers, save elephants, beauty without cruelty……the list went on. Over the years I have signed petitions, collected signatures, made personal donations and helped fundraise for a range of campaigns.

In recent times billions of dollars have been donated to save some of the world’s most incredible animals. Over the same period some populations of iconic species have been decimated.

The conservation sector needs to accept that their current approach, while valid to deal with part of the wildlife trade problem, is not enough to wrestle the control back from the wildlife trafficking syndicates. Only by understanding the effects of social, cognitive and emotional factors on the economic decisions users of these products make will we have the ability to influence and shape them. The buyers and user of wildlife products are, in the main, ‘aspirationals’ and aspirational people are easy to manipulate; the advertising industry has perfected this. By delivering a message in a way that the users relate to, even if it does seem distasteful to us, we can change the conversation; this can lead to behaviour change in purchasing and lifestyle choices. An additional commercial approach is needed to complement the scientific conservation methods.

The final challenge for the conservation sector to ponder is the pattern of increasing public outage if they are not seen to be making a difference for the animals that people care about – like it or not ‘extinction anxiety’ is in the public domain. This brings with it the expectation that the conservation sector is being innovative in trying to solve the wildlife poaching problems. Any techniques that could work to save animals but the conservation sector isn’t using because they are being too risk adverse could have future consequences; their inertia could come back to bite them. Companies such as Futureye (www.futureye.com) in Australia support industries and organisations assess the risk to reputation of making the wrong move and triggering increased public outrage. As they say, “Most businesses and industries struggle to deal with criticism and negative public attention. Although they wish the voices of activists, the media or the community would just go away, they constantly find themselves powerless to stop outrage from growing”. The ‘Increasing Outrage Curve’ reflects how organisations and sectors respond to increased negative public criticism.

The next 5-10 years will be telling for the conservation sector.

They may just get away with presiding over a period when rhinos become extinct in the wild; I don’t think they will survive the elephant’s demise. Unless they evolve some of the organisations that have been around for decades, they could well follow the animals they have been ‘protecting’ along the road of extinction.