Generation Z Learning How To Influence 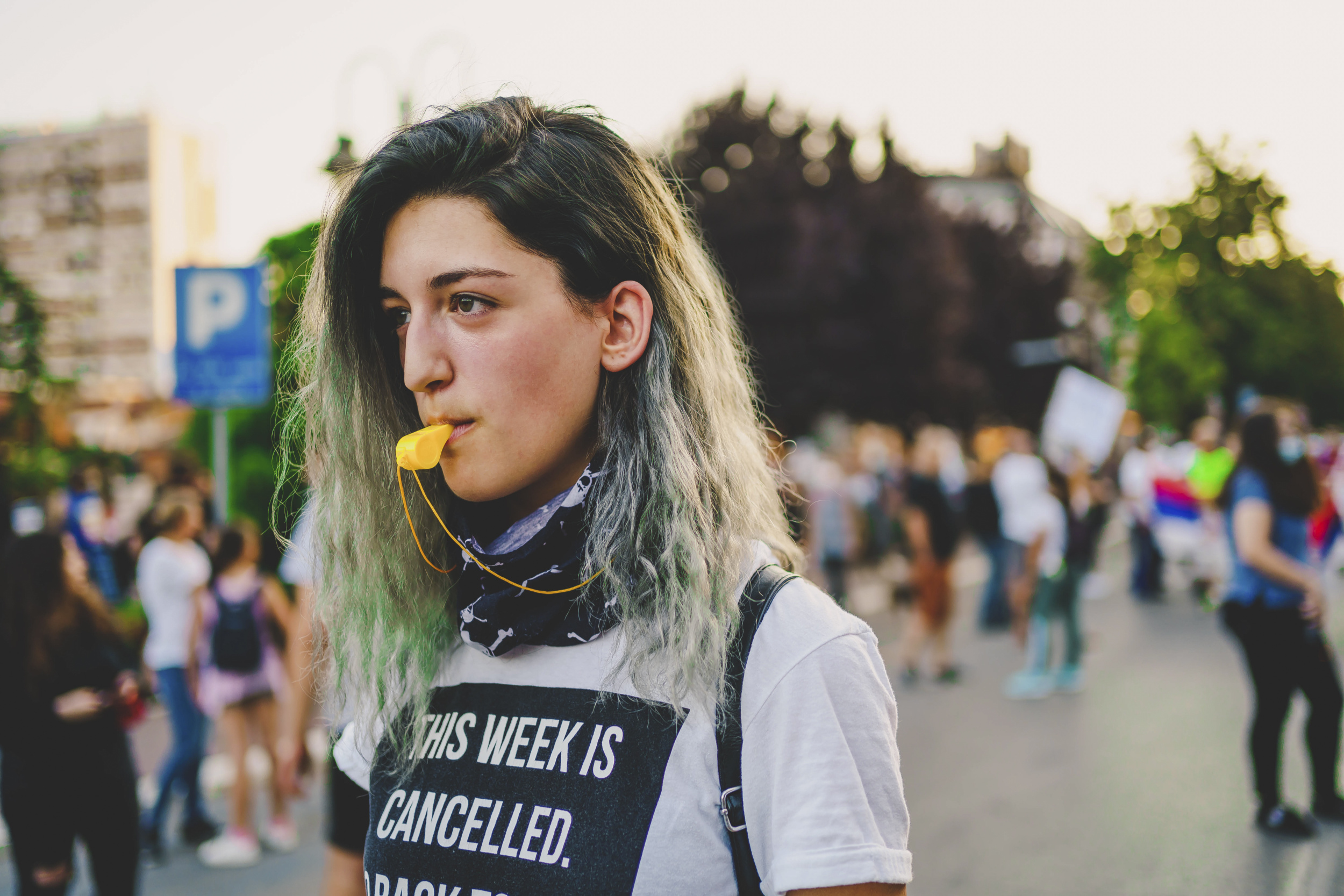 Generation Z: Learning How To Influence

A very interesting analysis by The Guardian was published in early June. After interviewing young people in their late teens and early 20s throughout Europe, The Guardian’s analysis concluded that Generation Z “are ready to draw systemic conclusions from the handling of the pandemic by political elites”, and this includes a “critique of capitalism”.

Many of the insights of these young adults are very mature for their years, such as their observation that “politicians on all sides [have been] obsessed with placating social conservatism and meeting the needs of business”. But their analysis isn’t quite there yet, for example their belief that society “is run by the old, for the old.” The reality is, society is run for the wealthy; it is just a large percentage of the wealthy come from the older generations, the Baby Boomers (born between 1946 and 1964) and Gen X (born between 1965 and 1980). If Gen Z (born between 1997-2012) link planetary problems to only the ‘old’, they may miss a big opportunity to influence a key generation – Gen Y (born between 1981-1996).

Gen Z may not be paying sufficient attention to this age group because they feel some misplaced sense of solidarity with Generation Y; this could be because Generation Y were involved in the protests triggered by the 2008 Global Financial Crisis. At the time, they were equally worried that their lifestyles and prosperity would be curtailed through a different type of worldwide emergency. But it would be interesting for Gen Z to explore why Gen Y’s, GFC protests quickly faded and how influencing Gen Y, and not only wealthy, older generations, may be key to both environmental and social justice. So, why should Gen Z be interested in Gen Y? 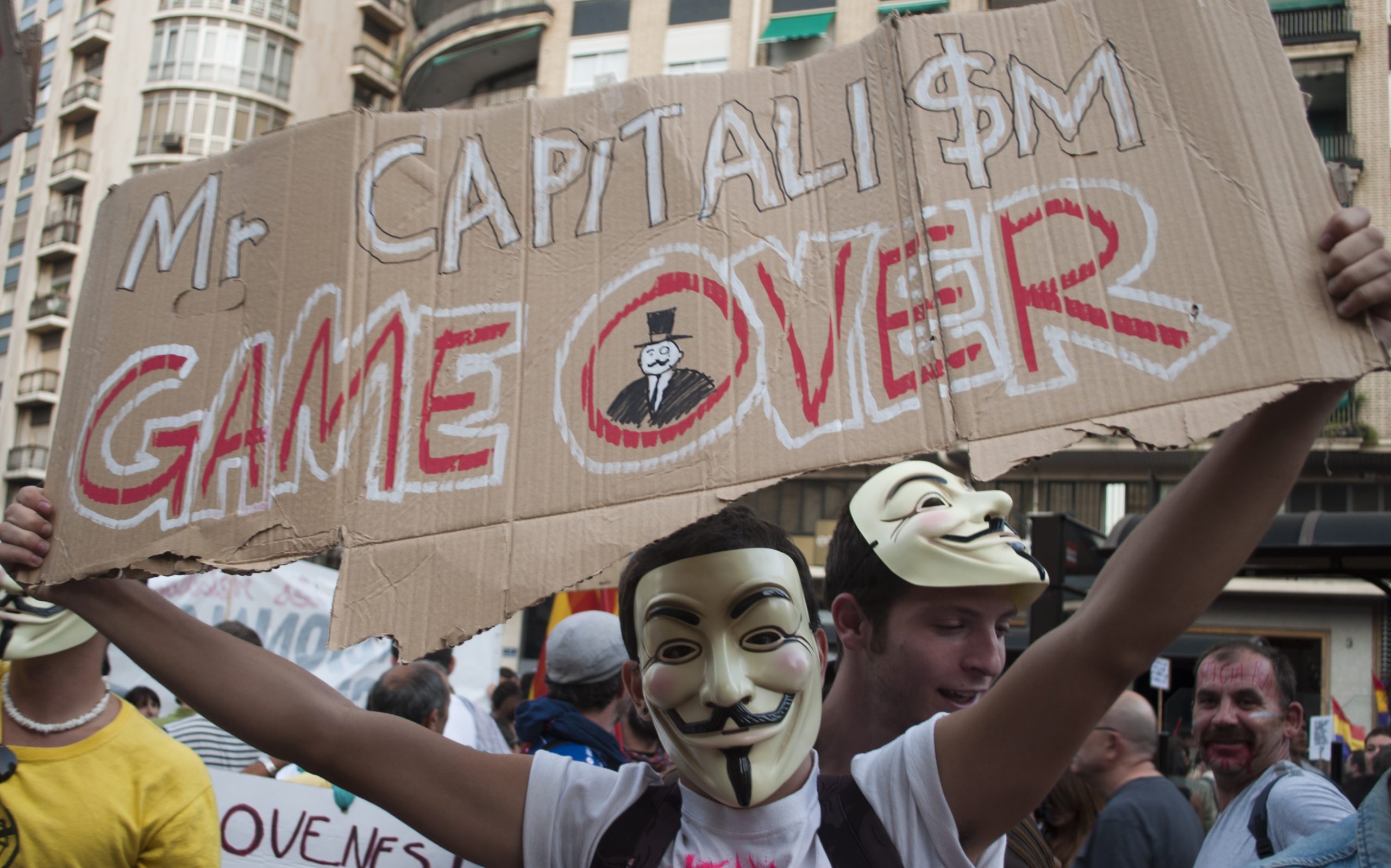 Because, over the next 10 to 20 years, in the wealthiest countries around the world, we will see the largest wealth transfer in history and most of that money will go to Generation Y.

In the USA alone, Baby Boomers are expected to transfer $68 trillion in wealth to younger generations; for Australia it is conservatively estimated to be $3.5 trillion. How Generation Y spends that money will be critical in dealing with climate change, biodiversity loss and social justice. Businesses, industries and the global financial sector knows this, and they have been analysing and influencing this age group for some time already.

They understand that Gen Y prefers to invest in physical assets, such as real estate and gold, and they are not as active in the stock market. For years now, international consultants have analysed the spending habits of Gen Y to understand how they can be more easily influenced to spend, Spend, SPEND.

From a business perspective, the Gen Y on their radar are labelled HENRYs (High Earners Not Rich Yet). While they are not yet the highest spenders on luxury goods, they are seen as a priority for this sector, given their future potential. For example, HENRYs apparently prefer using credit and debit cards with rewards because they love racking up their air miles! This should be a red flag for Gen Z. 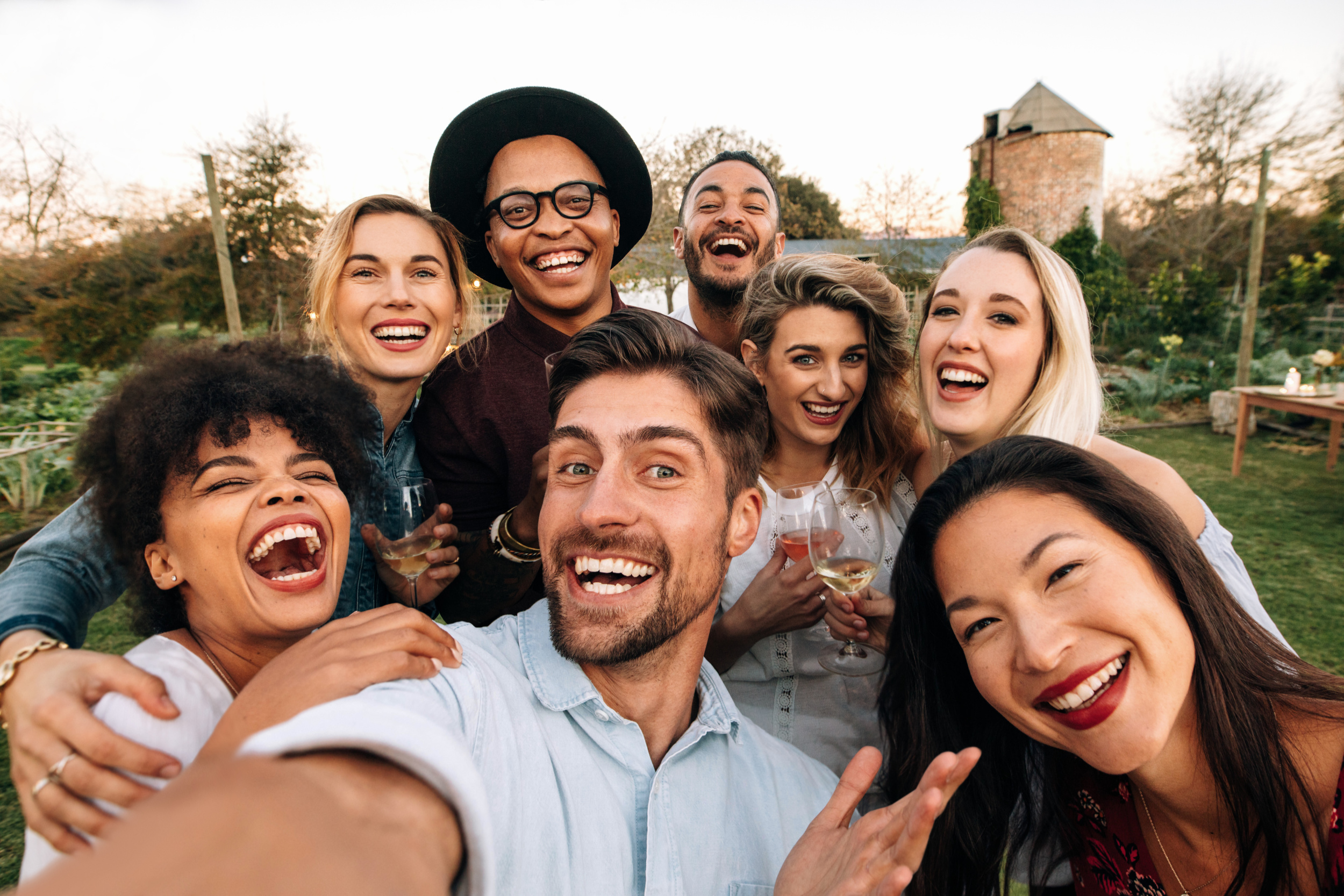 Of all the age groups analysed, the biggest spending HENRYs are Gen Y. The average spent, by a Gen Y, HENRY household, is US$86K. And, whether Gen Y care to admit it or not, their behaviour, including their spending, can be heavily influenced by social media. This age group grew up in the era where social media was still seen as a force for good, before the rise of fake news, misinformation and hate speech. As such they have a less cynical view of these platforms than the more realistic outlook of Gen Z.

When you look at the dates associated with the growing popularity of social media: Facebook 2008, Twitter 2009, Instagram 2013, this may explain why Gen Y’s GFC activism may have been curtailed quickly. They simply got distracted by social media, and in particular Facebook and Twitter. And these social media platforms have helped push Gen Y into mainstream lifestyles, where luxury goods and travel provides them status, and now a growing number in the group are gaining even more status by building their property portfolios just like their baby boomer parents.

All of this means that Gen Z needs to learn what motivates Gen Y behaviours. What will trigger status anxiety in the Gen Y group who are living carbon intensive lifestyles? To improve their ability to influence, Gen Z must look at behaviour and perceived needs rather than simply a biological age.

Even with the focus on Gen Y, undoubtedly Gen Z still needs to influence the other generations, including their own.

Why Should Gen Z be interested in Baby Boomers?  Because many Baby Boomers still haven’t decided what they will do with their wealth, with some saying that they don’t intend to leave all their money to their children, but they intend to do something philanthropic. On average, only 3% of donations from private individuals and foundations go to the environment and animals; most donations going to human related causes such as health and education. Gen Z could lobby Baby Boomers to give much more to wildlife and the natural world to aid rehabilitation, revegetation and rewilding. A subset of baby boomers is already interested in preserving biodiversity, it is about influencing those who have so far been ignorant or apathetic when it comes to environmental concerns.

Why Should Gen Z be interested in Gen X?  For the most part Gen X are the parents of Gen Z.

Those with the financial means have invested heavily in securing the ‘right’ start for their children in life, through the ‘right’ education’ and the ‘right’ extracurricular activities. This has put enormous pressures on many Gen Z children and one way of influencing their parents would be to steer them away from this individualised focus to supporting a shift to a sustainable future for all. Gen X are taking over most positions of power at the moment, so influencing them is the best investment in achieving policy shifts, when it comes to climate change and biodiversity loss. 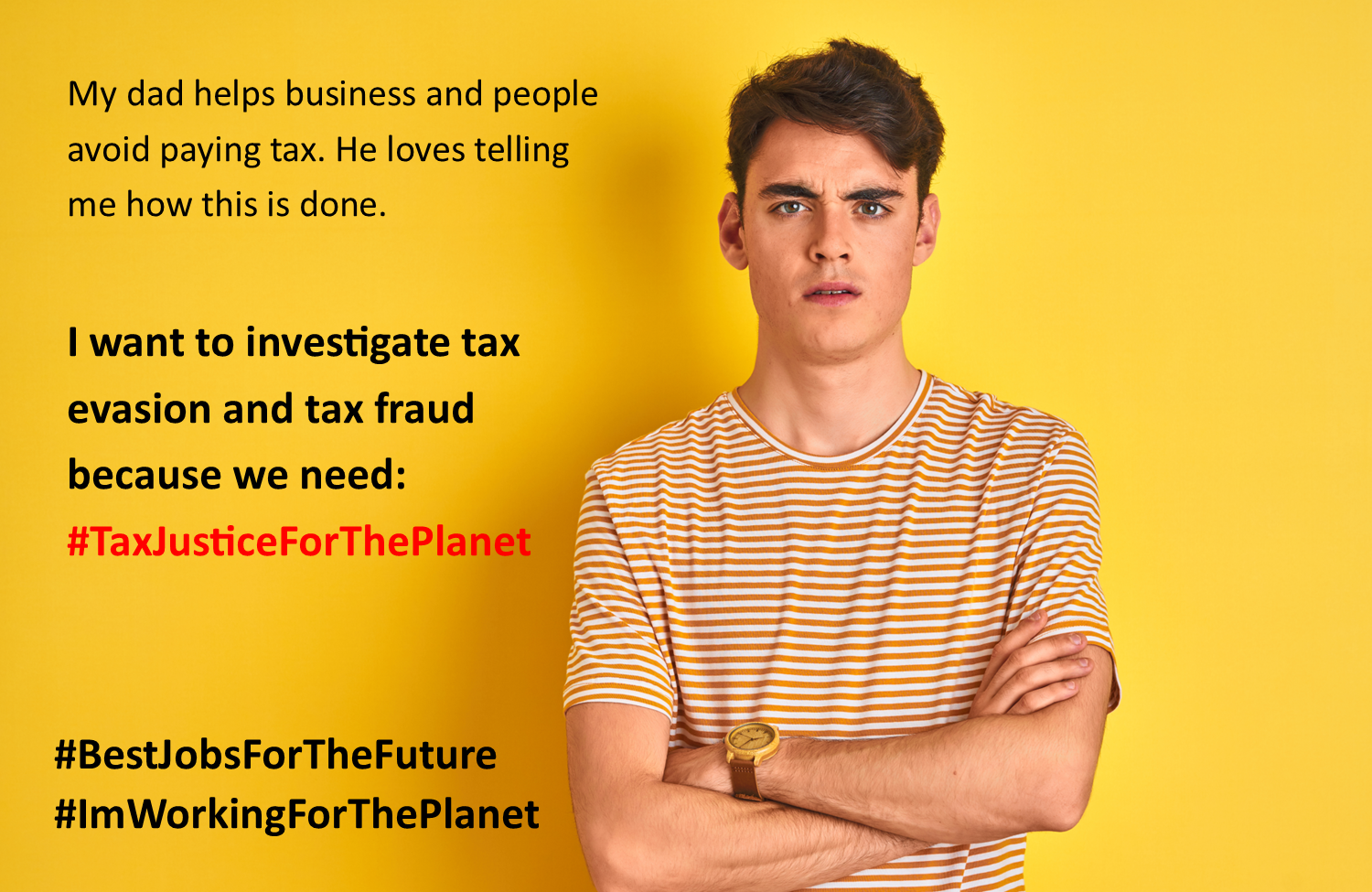 Should Gen Z be worried about their own generation?  A month-long survey, of 1018 Australians aged 16-20, found “a growing number believe the media has exaggerated the issue of climate change”. Among the group termed the Generation Z ‘minors’ (age 16 or 17), 21.7% agreed that the media exaggerated climate change. This was significantly higher than the 16.1% for the Generation Z ‘adults’ (aged 18 to 20) in the same survey.

The article quotes Associate Professor David Holmes, the director of the Monash Climate Change Communication Research Hub, who said there had been targeted attempts to seed climate denial among young people, to counteract the Greta Thunberg effect. He went on to give the example of a US-based, right-wing think-tank, the Heartland Institute, funding a young German climate denier, Naomi Seibt, as an “anti-Greta”.

It is astonishing to read that a growing number of Gen Z believe the media has exaggerated the issue of climate change, when in reality it is the opposite; most mainstream media articles downplay the effects of global warming and what this means for the future.

Undoubtedly, some young adults in this age group will want to maintain the status quo, linking personal identity and status to the stuff that they can buy; and so Gen Z needs to become savvy to the vast amounts of money and resources that flow into maintaining peoples desire to consume. At the extreme end, this will lead to spreading misinformation, conspiracy theories and fake news to seed fear, uncertainty and doubt (FUD). 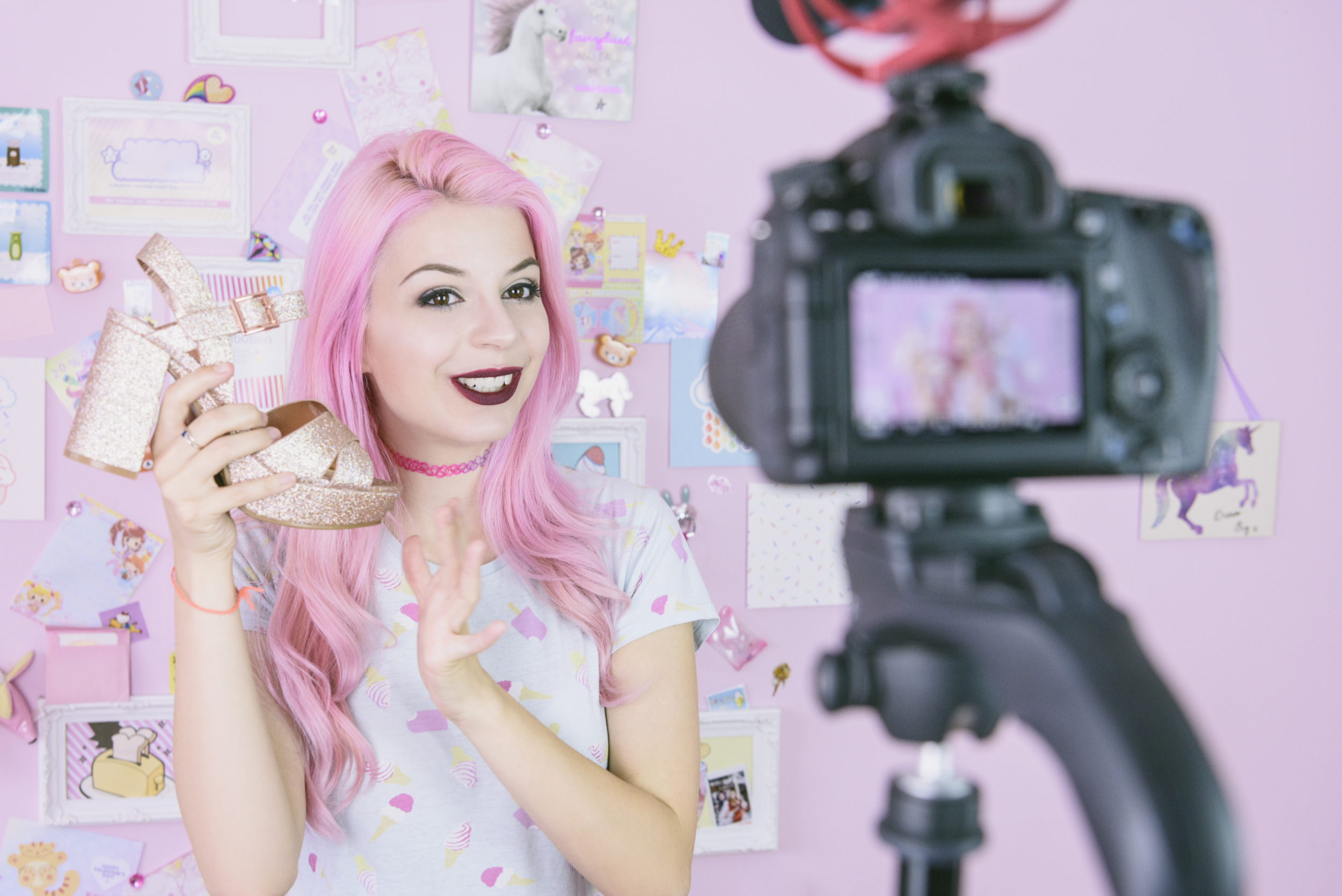 Spreading FUD leads to paralysis – if there is no agreed truth, no agreed common ground, then there is no basis for collective actions. The people fanning the flames of FUD know this very well, and if their target groups don’t learn the same lesson, nothing will change.

And how about the politicians? Over recent years, politicians, in many parts of the world have dismissed the type of youth activism best characterised by Greta Thunberg, because as children these protesters didn’t yet have a vote. But what now that Greta has turned 18 and she can vote? Greta and her fellow campaigners can sign onto the electoral roll and their views won’t be so easy for politicians to disregard, assuming they can be persuaded to vote.

In too many parts of the world, where voting isn’t compulsory, turnout can be as little as 30% of those eligible to vote. The perceived lack of alternatives to the mainstream political parties, who are seen to be invested in the status quo, leads to voter apathy. Populist alternatives can trigger change, when they ‘hit a nerve’, such as Podemos did in 2014 in Spain. Sustaining such movements has so far not been successful, because they have not yet been able to offer an alternative vision of society that sufficient voters are happy to engage with. Gen Z (together with parts of Gen Y) can change that, but they will have to come up with a new narrative, outside the simplistic left/right and capitalism/socialism categories favoured for the last 150 years; similarly they will need to be more nuanced than old/young.

It is both an exciting and daunting time to be a young adult.