Quite Ridiculous: Why Endangered Species Miss Out On QR Code 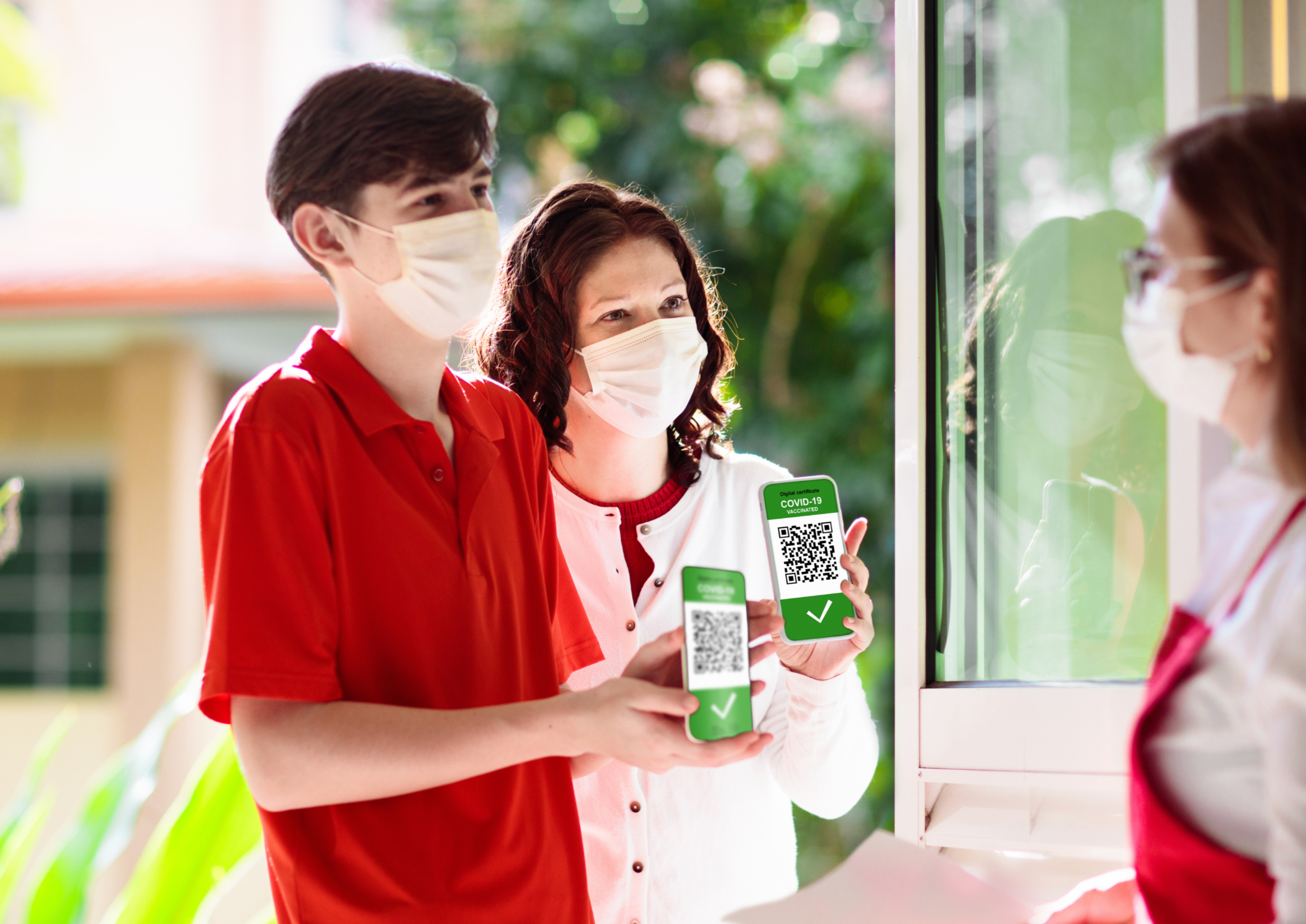 Countries worldwide are easing their COVID lockdowns or outlining the road map to reopening social contact and the economy. All of this is possible because of the humble QR Code, which enables people to demonstrate their vaccine or COVID status.

First introduced by Israel, Covid passports go by a variety of names, including COVID Certificate, health pass and green pass. Our smart phone carries our personal QR code, providing proof we are fully vaccinated against Covid, have recovered from the virus, or have recently tested negative. 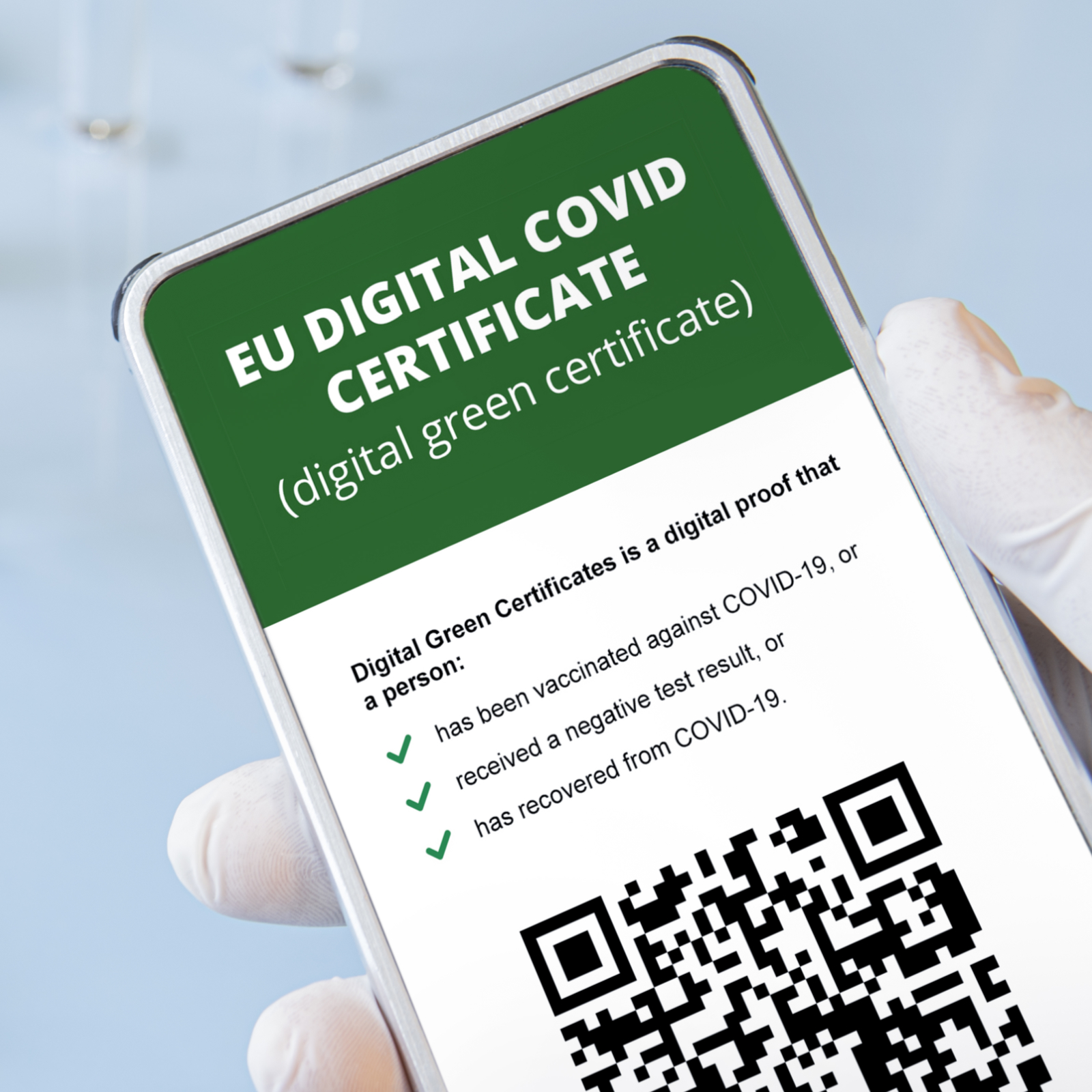 Within the EU for instance, some countries have developed national Covid passes compatible with the European digital Covid certificate, which is designed to facilitate travel throughout the EU.

What is clear from all this is that activities and freedoms will only be available to fully vaccinated people. From entering sporting events, restaurants, workplaces and public transport, our personal QR codes will be our ticket back in, for both employees and visitors.  All this would be useless if verification couldn’t be done in real time, but it can.

The QR code provides a simple and effective system for instant, real-time verification and traceability. Invented in 1994, the QR code was designed to allow high-speed component scanning in the automotive industry. But it quickly expanded to be used in many commercial tracking applications.

But this QR code system has been conspicuous in its absence from one industry, the trade in endangered species. Moving to an electronic CITES permit system was first tabled in 2002. When Nature Needs More wrote to the CITES Secretary General, in 2018, outlining 3 steps to modernise the convention, you could count on one hand how many of the 183 CITES signatory parties were using electronic permits.

While this situation has since improved slightly, in comparison to the quick rollout of the COVID certificate system, the introduction of electronic permits for traceability and validation of the legal trade in endangered species is moving at a glacial pace. A recent announcement on the CITES website is a good example of the lack of progress. 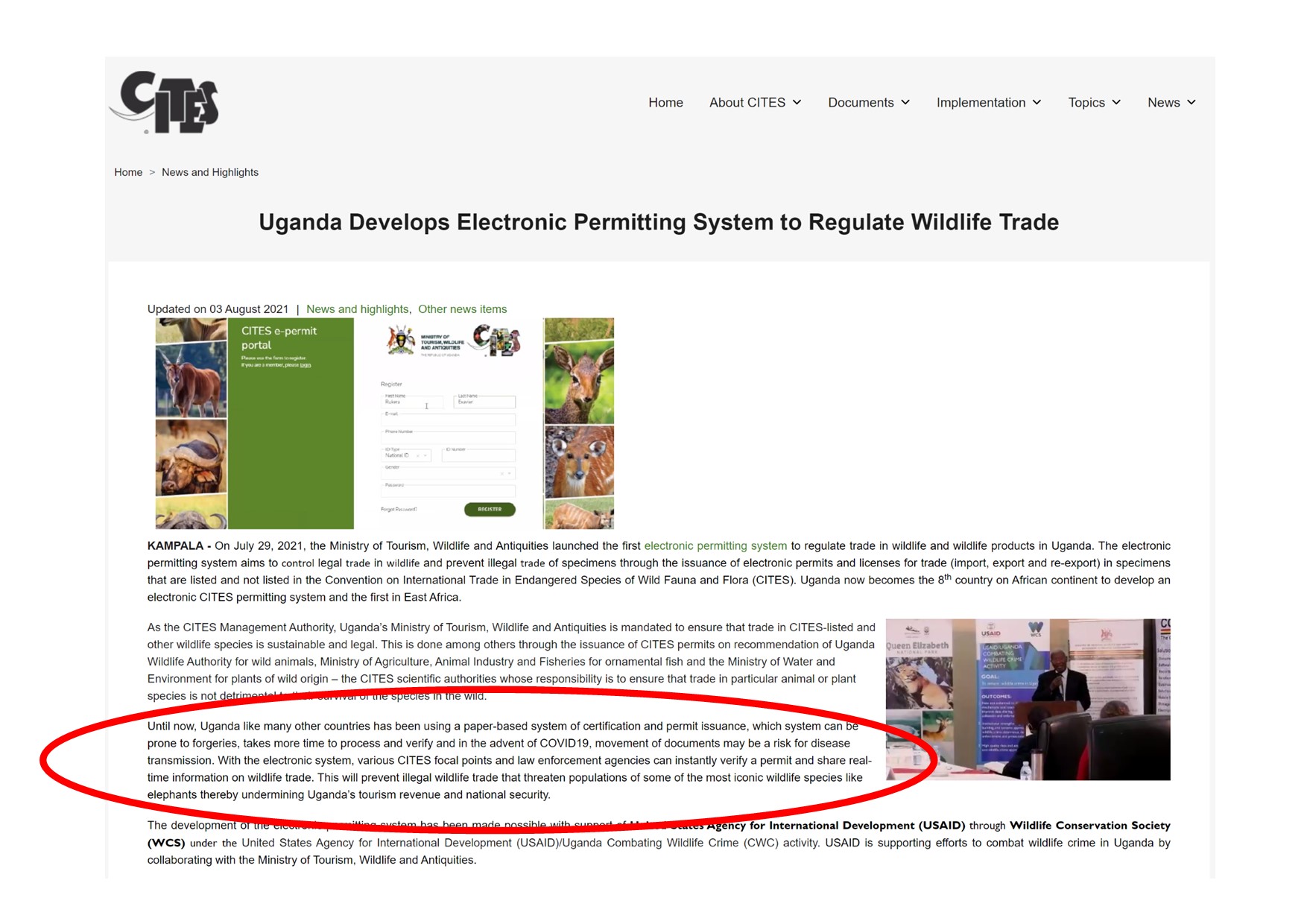 The communication states, “Uganda now becomes the 8th country on the African continent to develop an electronic, CITES permit system and the first in East Africa.” Given the there are 54 countries in Africa, there is still a number to go.

But read on, to the really interesting statement, “Until now, Uganda like many other countries has been using a paper-based system of certification and permit issuance, [this] system can be prone to forgeries, takes more time to process and verify. With the electronic system, various CITES focal points and law enforcement agencies can instantly verify a permit and share real-time information on wildlife trade. This will prevent illegal wildlife trade that threaten populations of some of the most iconic wildlife species like elephants, thereby undermining Uganda’s tourism revenue and national security.”

The statement confirms that the paper-based system is prone to forgeries, and acknowledges that the electronic system can instantly verify a permit and share real-time information on the wildlife trade. It goes on to say that this will help with law enforcement, which was a point made in a number of discussions at CITES CoP18; one transnational crime investigator clearly stated the immediate, positive benefit that implementing electronic CITES permits could have in driving down illegal trafficking and corruption.

So why are we able to create, and roll-out, a human COVID permit system, to enable real-time verification of vaccination status, in just a few months but still have got nowhere on a similar system for endangered species? After nearly 20 years there has been minimal progress.

Why is the political will and money easily forthcoming for protecting humans, but not animals? Why is business supportive of COVID passports but doesn’t care about easily and cheaply modernising its supply chain to protect wildlife, using the same type of QR code system which will help to decouple the legal and illegal trade?

When it comes to protecting the natural world, not humans, different standards apply. The equivalent system for CITES was developed by UNCTAD and costs only US$150,000 per CITES signatory parties. This means the total cost of rolling out this system to the countries not yet using electronic permits is less than US$30 million globally. It is also based around QR codes and can be rolled out quickly, taking 6-12 weeks per country.

The excuses from CITES range from a lack of money, to the lack of political will, or questioning why a centralised system should be needed.

We know that the ‘lack of money’ excuse is rubbish. During the pandemic, governments across the world have spent record amounts, that they supposedly ‘didn’t have’ in the budget. At the heart is the lack of political will, and industry commitment. In addition, we have to acknowledge that most people only care about people, not animals or plants.  As long as this remains the case, we can’t solve the extinction crisis.

There has been a simple and cheap system available for many years that could have put the breaks on biodiversity loss. In the same way as the QR COVID certificate decouples the vaccinated from the unvaccinated, an electronic permit system is available to decouple the illegal and legal trade in endangered species. But for 20 years, we simply haven’t cared enough to implement it.