The Sustainability Game: Creatives, Keep The Blood Off Your Hands 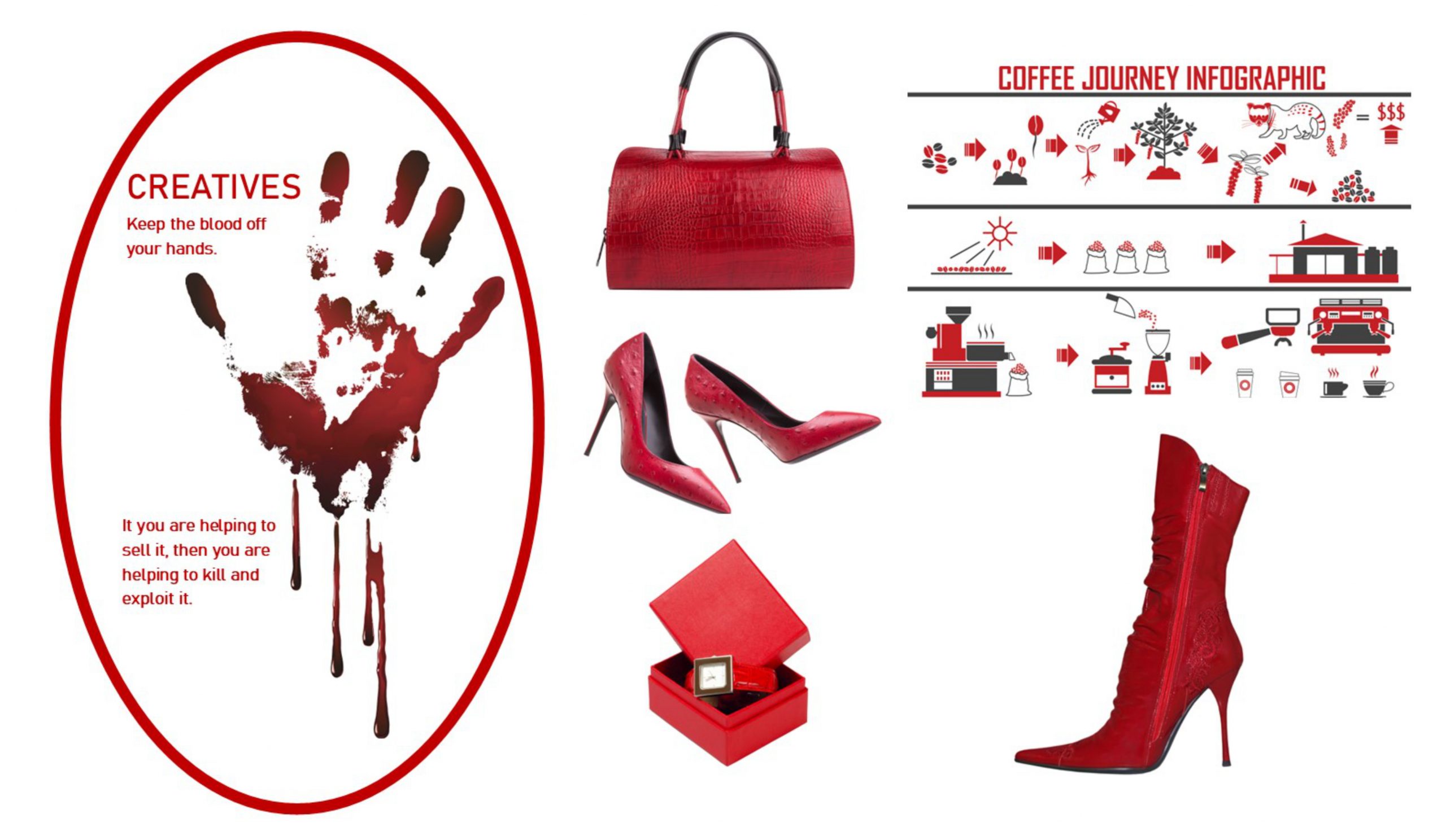 The Sustainability Game: Creatives, Keep The Blood Off Your Hands

That much business behaviour today is neither ethical nor sustainable in any industry is hardly news to observers of corporate conduct. Faced with a situation where we are already exceeding planetary boundaries, any push for ‘more’ (growth, consumption, sales, profit) has to be considered not just unethical and unsustainable, but suicidal. And yet, everlasting economic growth remains official government policy everywhere and is the default premise of any business operating under capitalism.

Given the profit and growth driven ideology of the capitalist system and the more recent dogma of ‘shareholder primacy’, it should not come as any surprise that companies prefer greenwashing to taking any meaningful action when it comes to sustainability (be it climate or biodiversity related).

When you compare real action versus green washing, meaningful action costs a lot of money and greenwashing costs almost nothing. With this in mind, it has been refreshing to see the Clean Creatives challenge to the fossil fuel industry. Climate and communications industry leaders are urging PR and advertising firms to end their relationships with fossil fuel clients.

As the linked video states, fossil fuel companies invest tiny amounts to make the industry look good and appear to be progressing solutions to tackle climate change. What the video exposes is that this well-oiled propaganda machine relies on creative talent for the snappy catch phrases and images it needs to drive public opinion. It states, “If money is the oxygen on which the fires of global warming burn, the PR and advertising agencies are the kindling.”  The video goes on to say that the PR and advertising agencies are the front line of defense on this propaganda war.

So, what would be the extinction crisis equivalent statement? If money is the abattoir in which species are killed to make luxury products, the PR and advertising agencies are the…… (I leave it to the creatives to complete the sentence!). A 2020 report published by Badvertising, acknowledged that while “many industries have been recognised as directly and indirectly causing ecological degradation, so far the advertising industry has largely escaped
accountability”.  Yet we seem no closer to seeing PR and advertising firms being willing to end their relationships with their luxury industry clients. 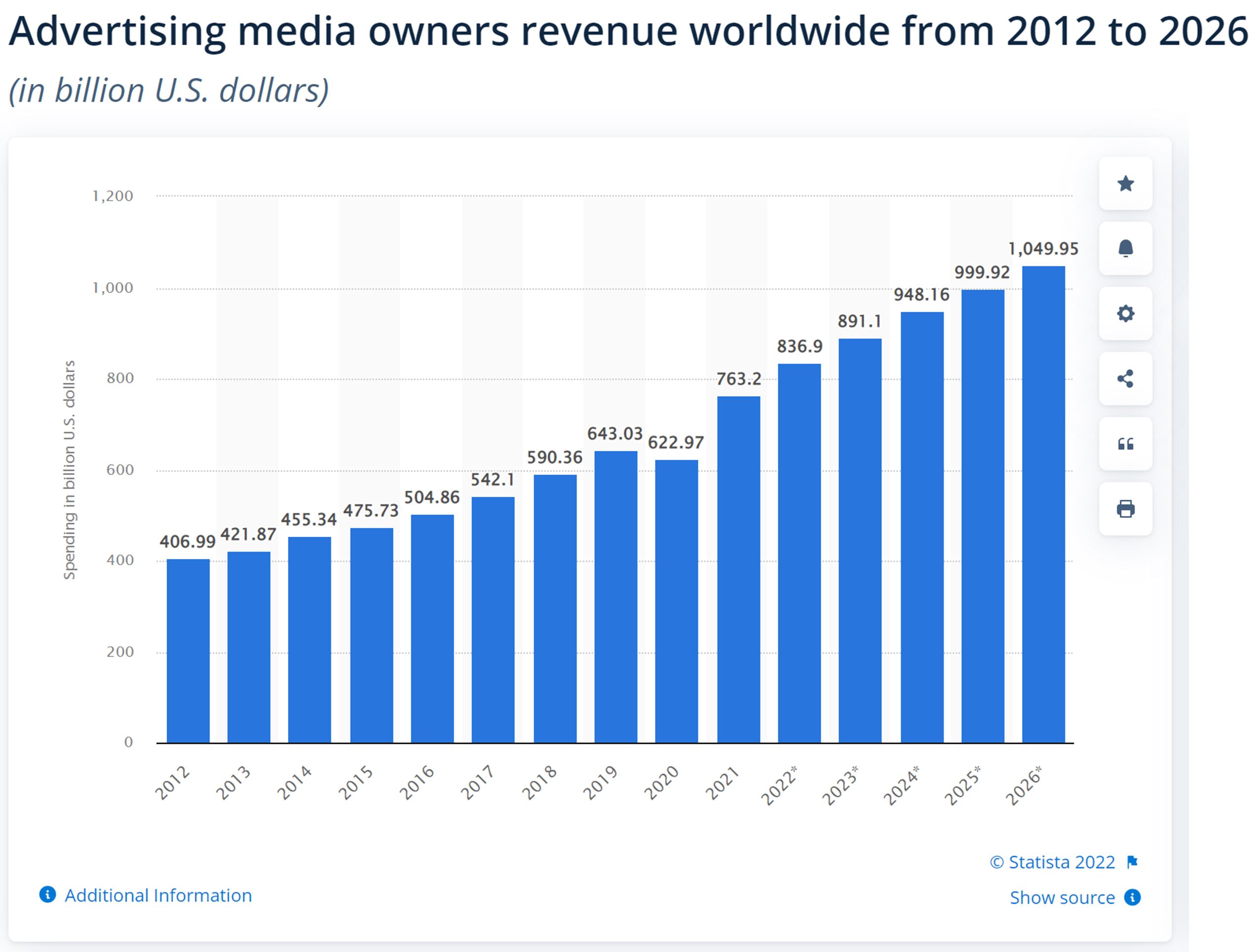 At present, no large business would consider ceasing all advertising and marketing to reduce consumption of its products and services. This would be seen as suicidal from both a profit generation and board directors/executive management perspective.

On the contrary, global advertising spend continues to rise and is projected to reach over US$1 TRILLION dollars by 2026!

The luxury industry is one of the major advertisers; on average, they divert 8% of their turnover into funding advertising initiatives.

Of course, the push to increase consumption extends beyond advertising and marketing. It is inherent to much of the media and entertainment industries, including social media (think Instagram influencers). Hence counting advertising dollars alone does not reflect the true scale of ‘content creation’ to boost consumption.

Advertising is coupled extensively with greenwashing, namely through meaningless but well-publicised ‘certification schemes’, ‘pacts’, ‘commitments’ and ‘sustainability statements’. Companies rely on the fact that, in the main, their current and future customers are mostly only peripherally concerned about the extinction crisis. They have learnt from the fossil fuel industry that paying tiny amounts for greenwashing can ‘kick the can down the road’ and maintain a profits-as-usual approach from the overexploitation of endangered and exotic species.

This ‘sustainability’ game can be best described as business ‘virtue signalling’, a cheap but effective way of misleading investors, consumers and the public. The participation in Multi-Stakeholder Initiatives (MSI) falls into the same category, a comprehensive analysis of their effectiveness by MSI Integrity published in 2020 found that they achieve little or no verifiable, practical outcomes.

Back to the Clean Creative’s video and the question it poses about “why creative talent is willing to lend itself to this, well-oiled propaganda machine?”, stating that it is time to choose which side you are on, because you are either serving the solution or serving the destruction.

This decade will be a period of ‘tipping points’, that once triggered will lead to irreversible changes for our planet and all its inhabitants.

An important point to consider, because the UN has made it clear that there are only 10 years left to save the world’s biodiversity from mass extinction. Direct exploitation for trade is the most important driver of decline and extinction risk for marine species and the second most important driver for terrestrial and freshwater species.  Our collective actions in the next 10 years will define our future, which means more of us need to become active custodians for nature. Do the PR and advertising agencies who are currently helping to nudge endangered species to extinction in the wild really what this as a legacy?  Do you really want this blood on your collective hands?

Research showing how PR and advertising firms have helped to create the oil industry’s greenwashing strategies for decades highlights a growing level of scrutiny. One of the report’s authors, environmental sociologist Dr Robert Brulle at Brown University said, “PR firms and advertising agencies that have created campaigns around the oil firms’ net-zero claims are now on notice”. He went on to say that any PR or advertising agency could not use a plausible deniability strategy if they were challenged about material they created, which was used to help greenwash an oil company’s brand.

Also quoted in the article about this research was Christine Arena, a former Edelman vice-president who now runs her own social impact production company Generous Films, who said “climate fraud can’t happen without the help of the PR and advertising industry”, continuing that these greenwashing initiatives help the fossil fuel industry push their message of, “We don’t need regulation. We’re on it.”.

Conservation organisation WildAid has a mission to protect wildlife from illegal trade and other imminent threats. It is well known for its tagline “When the buying stops, the killing can too.”

This equally applies to the legal trade in endangered and exotic species. This trade is opaque, poorly regulated and business has yet to provide any real proof that they understand what constitutes sustainable offtake levels.No evidence has been provided that the Sustainable Use model is valid

This comes in many forms, from fashion, beauty and jewelry, to the increasing interest in macabre styling, exotic pets and even the coffee you are willing to drink. Any work done by PR or advertising agency which drives up the desire for products and services whose raw materials are endangered and exotic species is enabling biodiversity loss. We have a decade left to ensure these ‘products’ are seriously out of vogue. 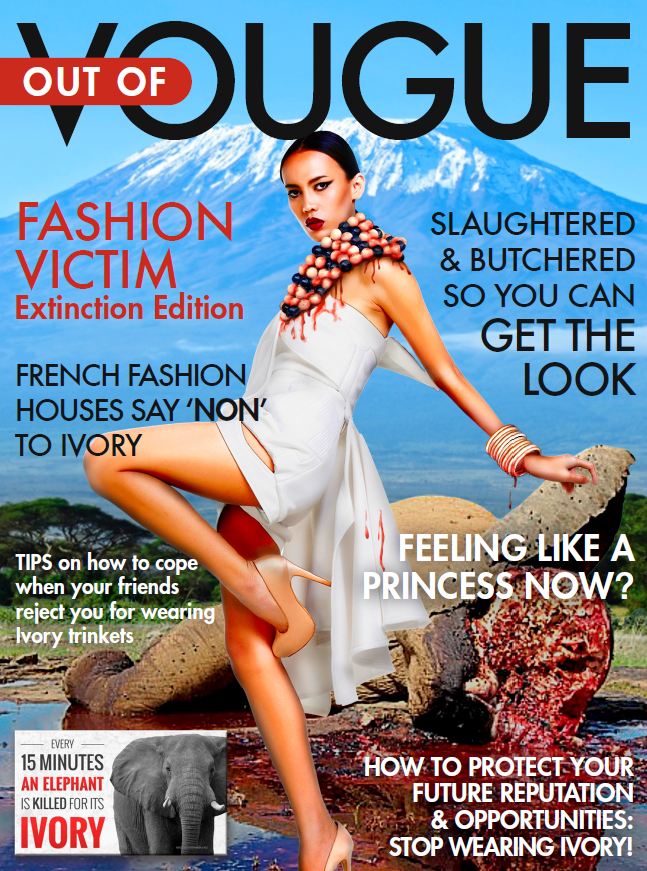 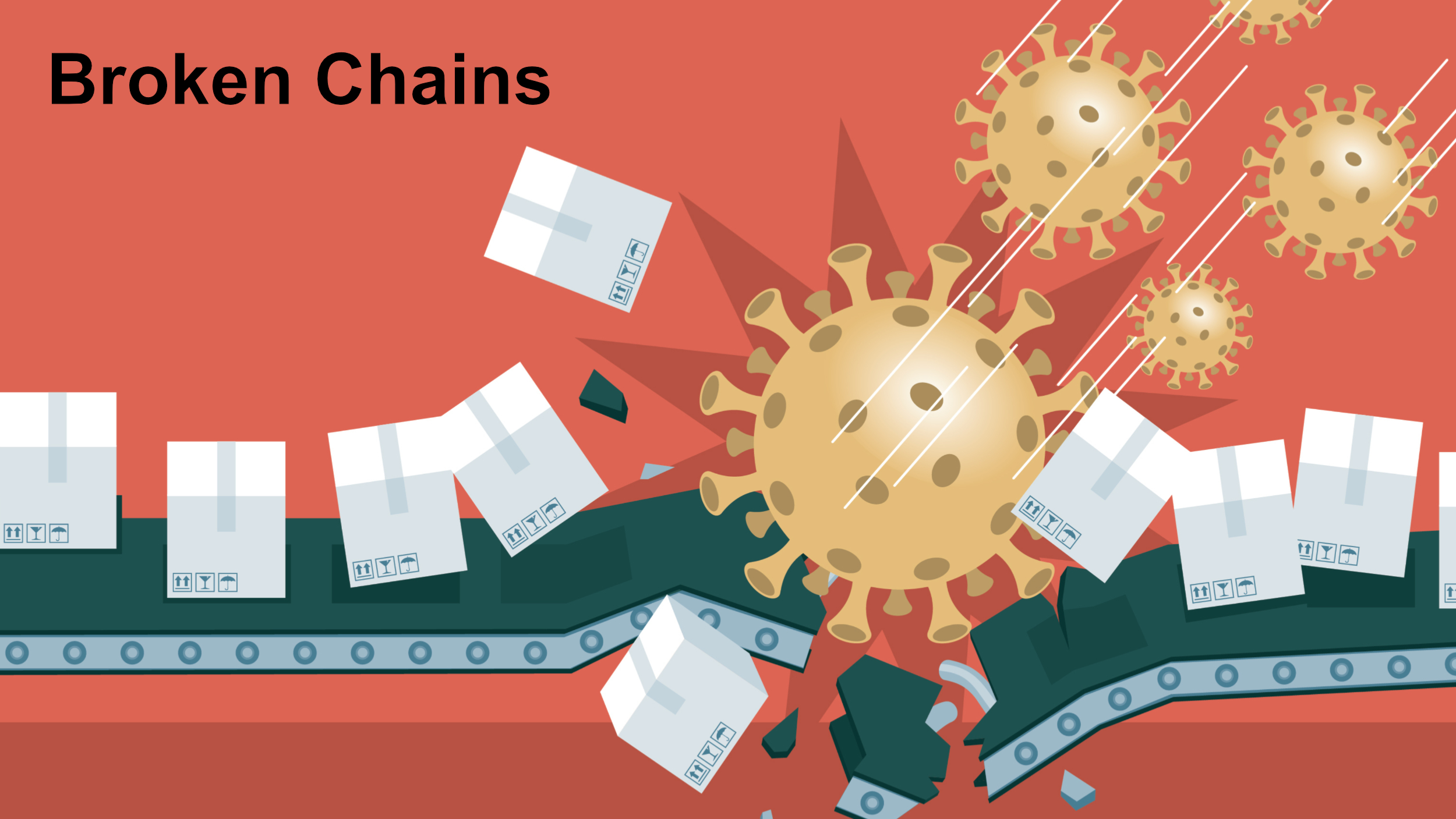 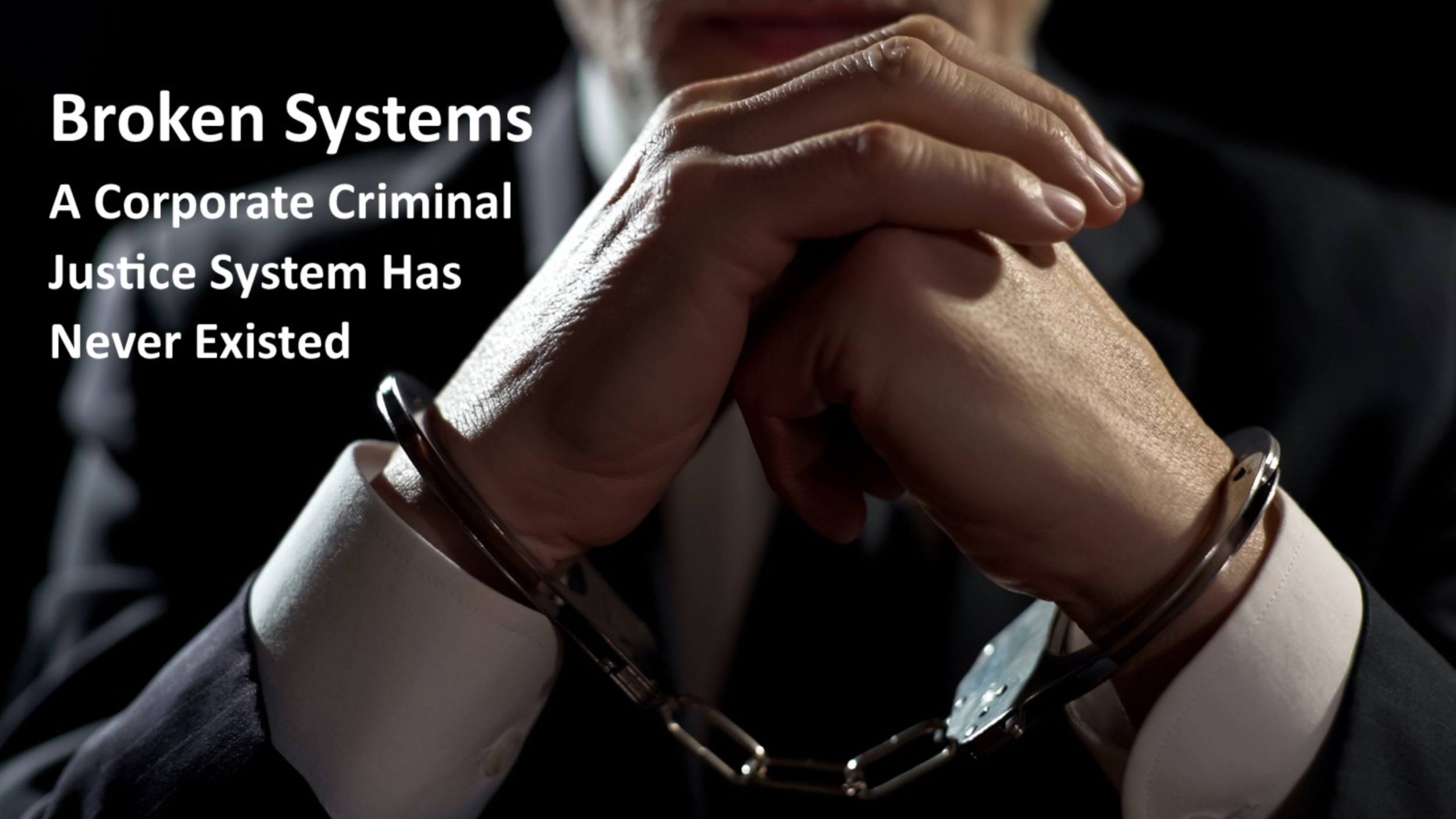