From the launch of the Breaking The Brand project in March 2013, to the evolution of Nature Needs More Ltd, we have chosen to openly share all our research, models and ideas. In the race to save the natural world transparency is critical in everything from ensuring trade supply chains are transparent to research finding and sharing innovative ideas. 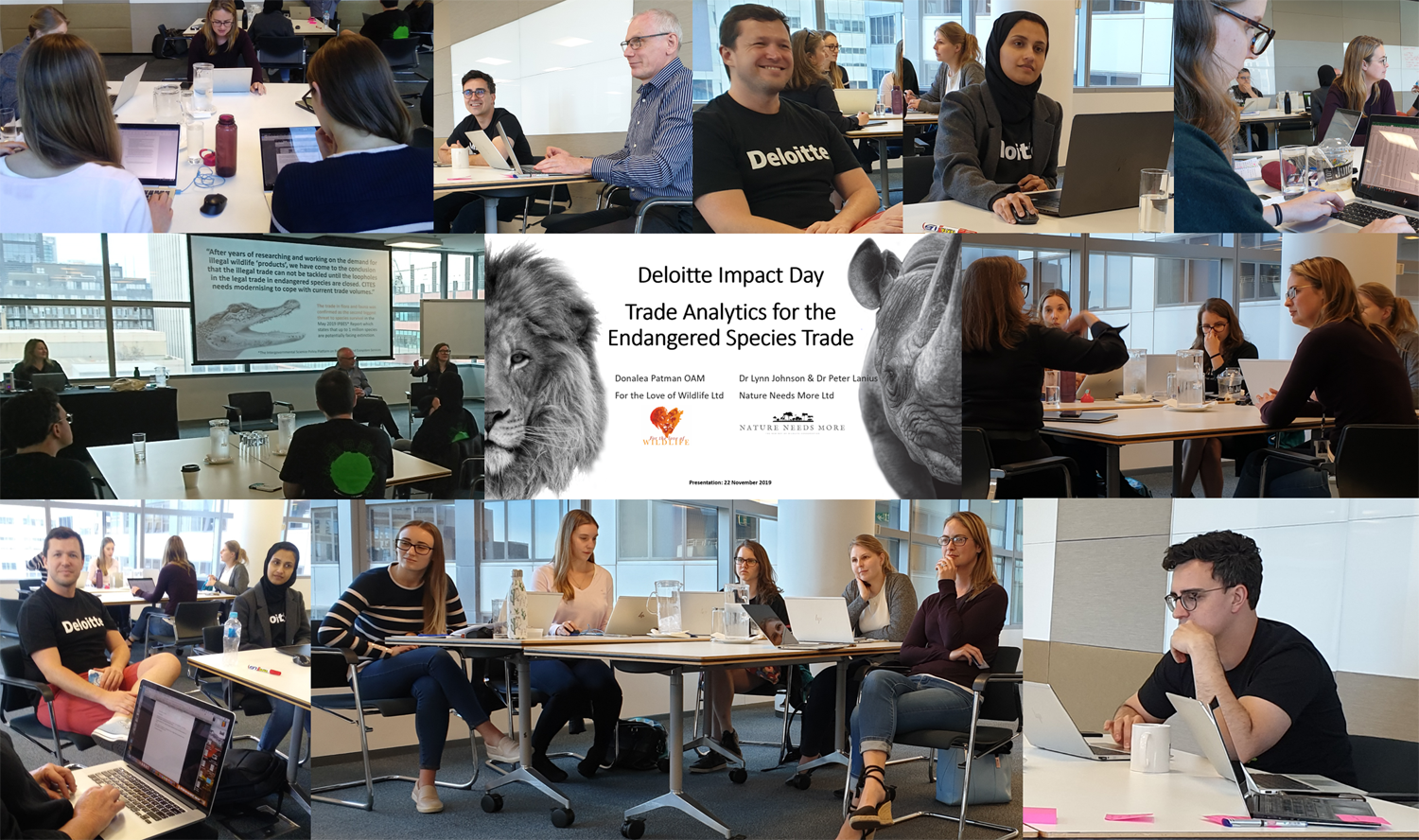 We were delighted to work with Deloitte team members from Analytics, Access Economics, Risk and IT on assessing the CITES trade data system and other options for gathering information on the legal trade data. 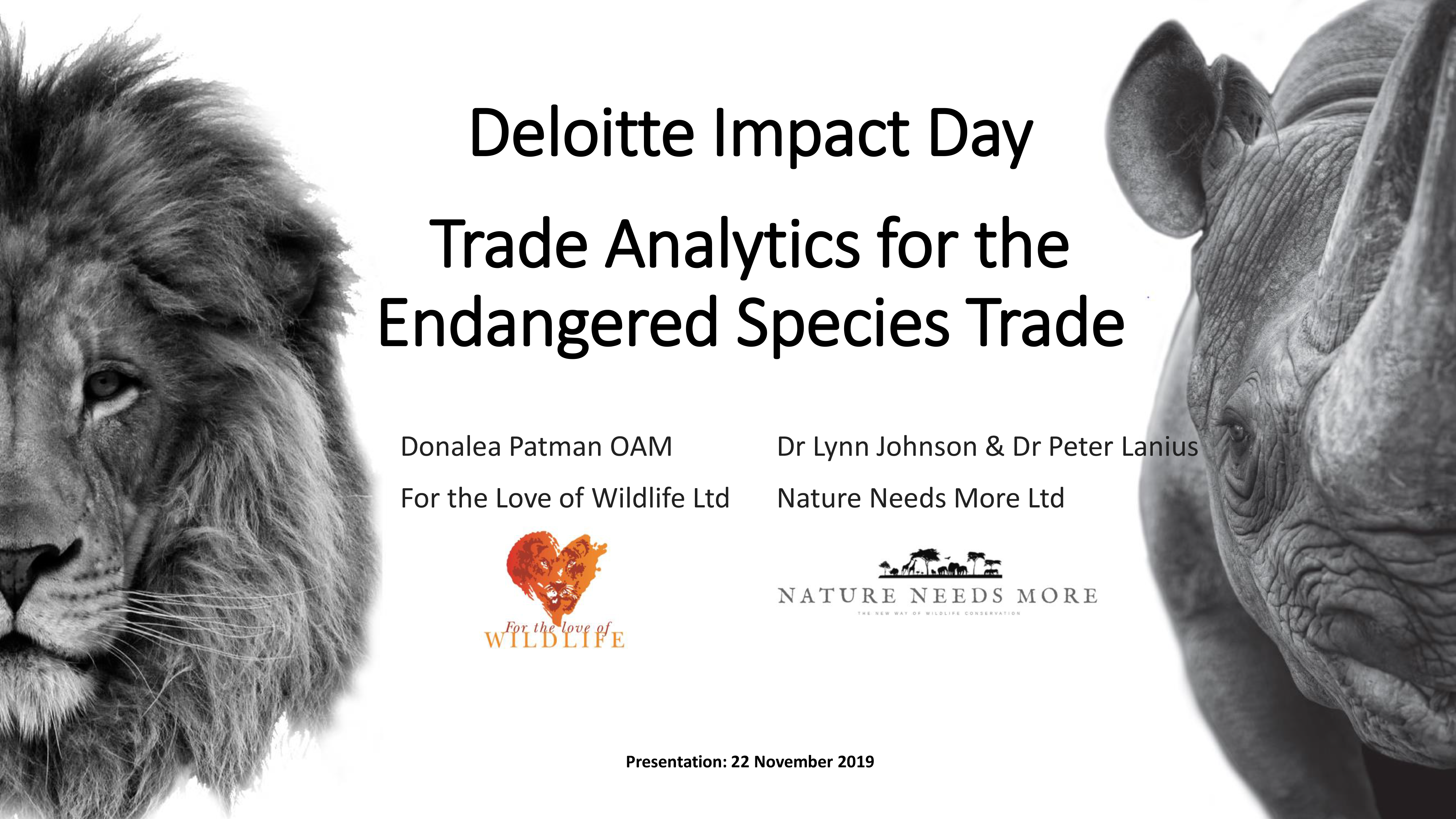 Presentation to Deloitte to introduce the topic and outline the issues
with the legal trade database and data collection.

We valued the opportunity to present our proposal for CITES modernisation to Ambassadors and trade representatives of 12 Latin American countries.

With thanks to our host, the Ambassador of Guatemala to Australia, Ms Connie Taracena Secaira 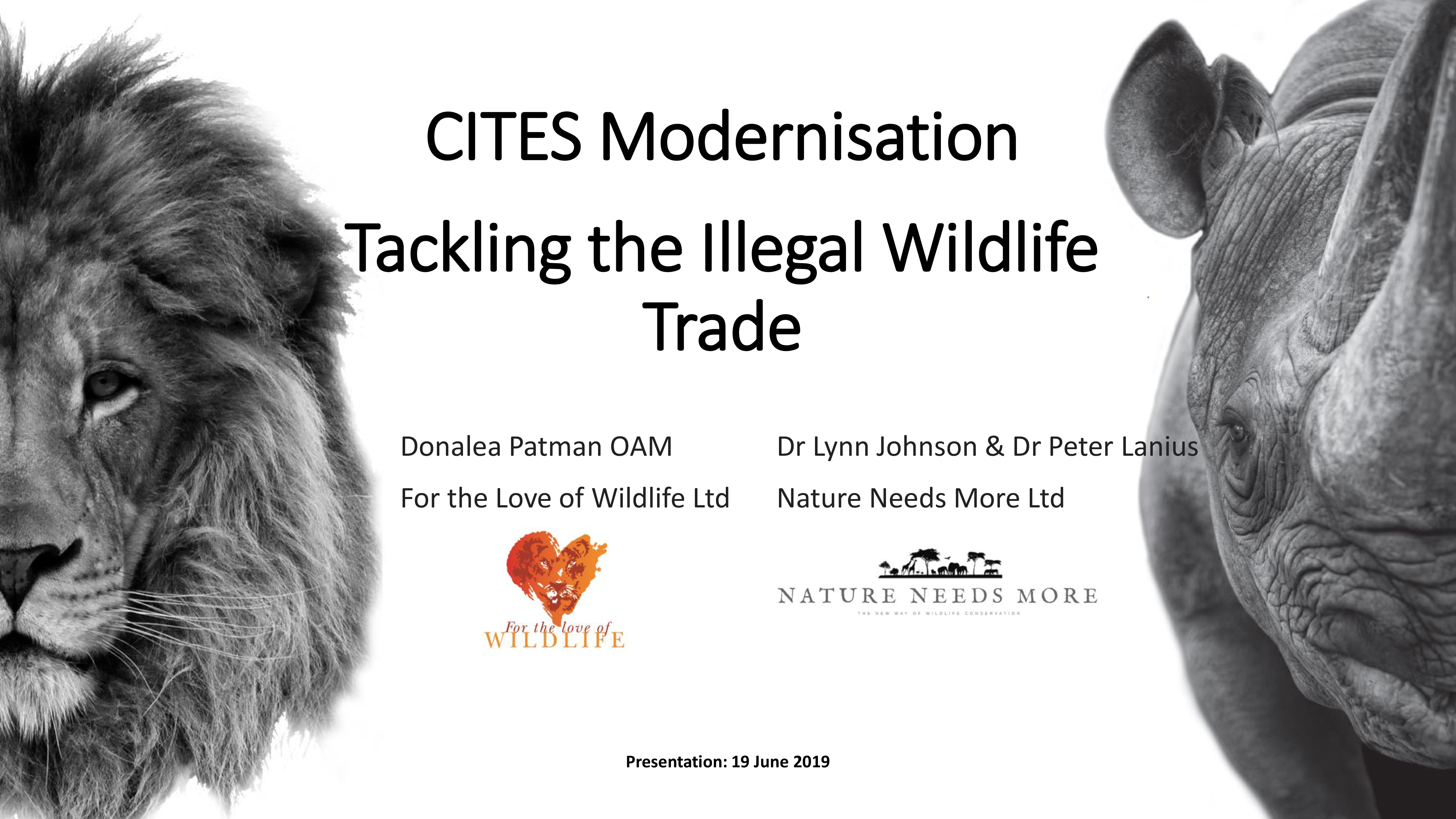 Nature Needs More was delighted to be able to collaborate in a Symposium and Exhibition interrogating the impacts of unconscious and unrestricted luxury consumption, past, present and future. The event was curated by  Dr Catherine Kovesi of the University of Melbourne and hosted by Palazzo Contarini Polignac, located on the Grand Canal in Venice. 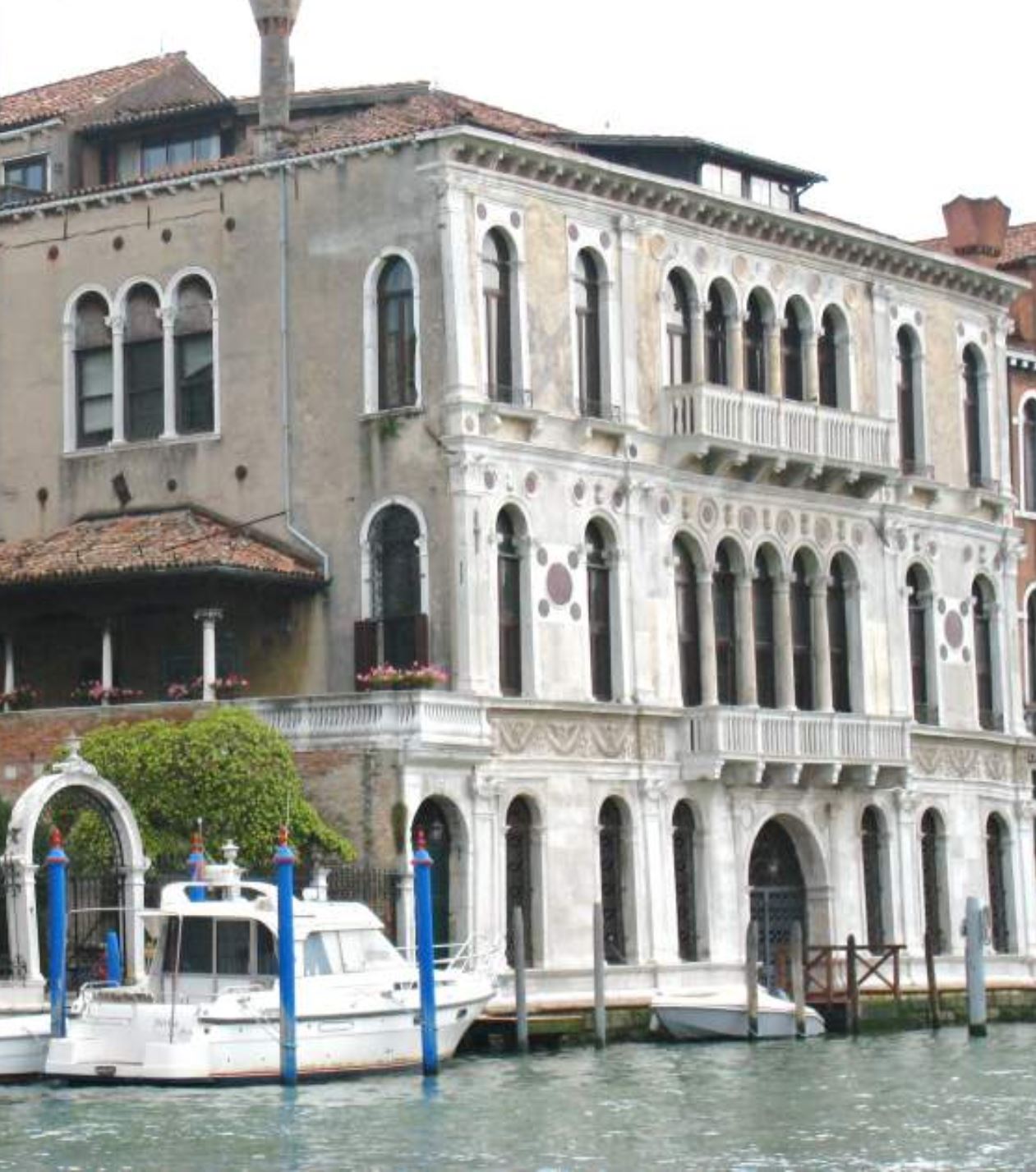 For the symposium, Nature Needs More spoke about our research on regarding the final step in a demand reduction strategy, namely redirecting desire; specifically how to gain status from contribution to the natural world not from its consumption.

The new form of magnificence cannot necessary be based on empathy or compassion. Historically magnificence was based on status and implied obligation, and the link was broadly accepted. Anything based solely on compassion with nature cannot be broadly accepted as yet, we are still in the process of increasing our distance from nature through urbanization. For now we must also accept that status and hence luxury consumption for status gain are tribal – meaning is conveyed primarily to the ‘in-group’. Creating a new form of status differentiation means creating a new hierarchy of contribution that is meaningful to the tribe and seen as a public good by the wider population.

Why Venice? The rhino and Venice have a curiously entwined history and present day predicament. The rhino is represented in one of the city’s most ancient mosaics, and also an eighteenth-century touring rhino is famously depicted in the city’s art. Now the rhino and Venice are both under threat from their status as luxuries. Rhino’s as a result of the current, destructive pseudo-luxury market that evolves from the desire for social differentiation and Venice, as a growing consumer class desire luxury travel experiences.

Nature Needs More was delighted be able to present our work on a Basic Income Linked to conservation at the 17th world Congress On Universal Basic Income. The event, hosted by the Portuguese Government took place at the São Bento Palace in Lisbon, the seat of the Assembly of the Portuguese Republic, the parliament of Portugal. 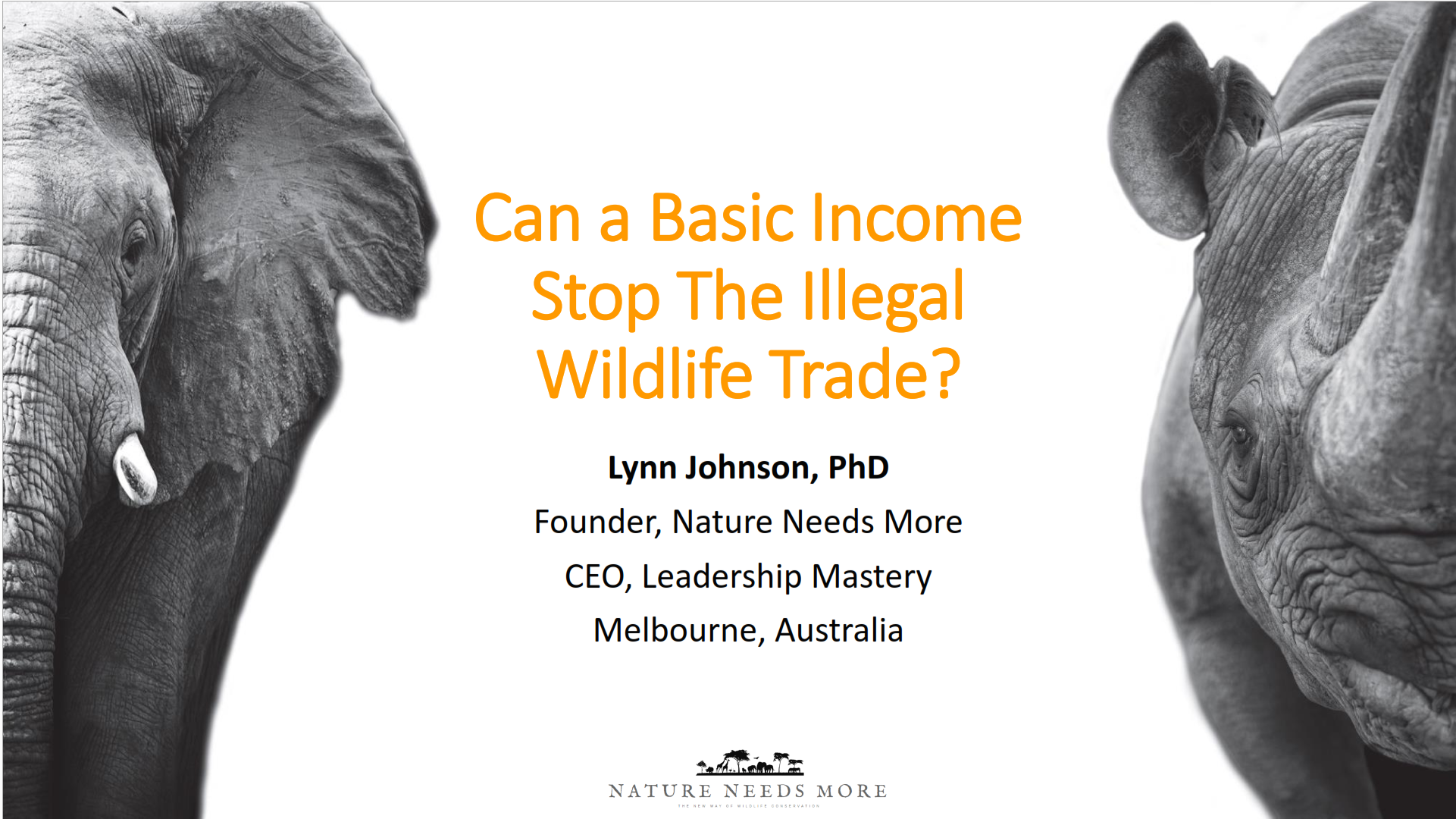 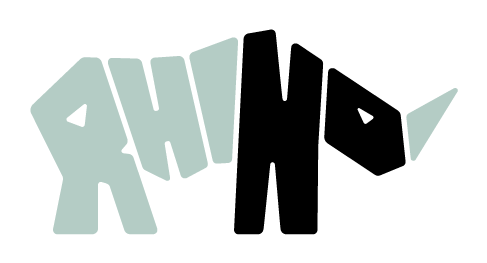 Breaking The Brand evolved and was incorporated in to Nature Nature Needs More as one of the pillars of the NNM strategy. 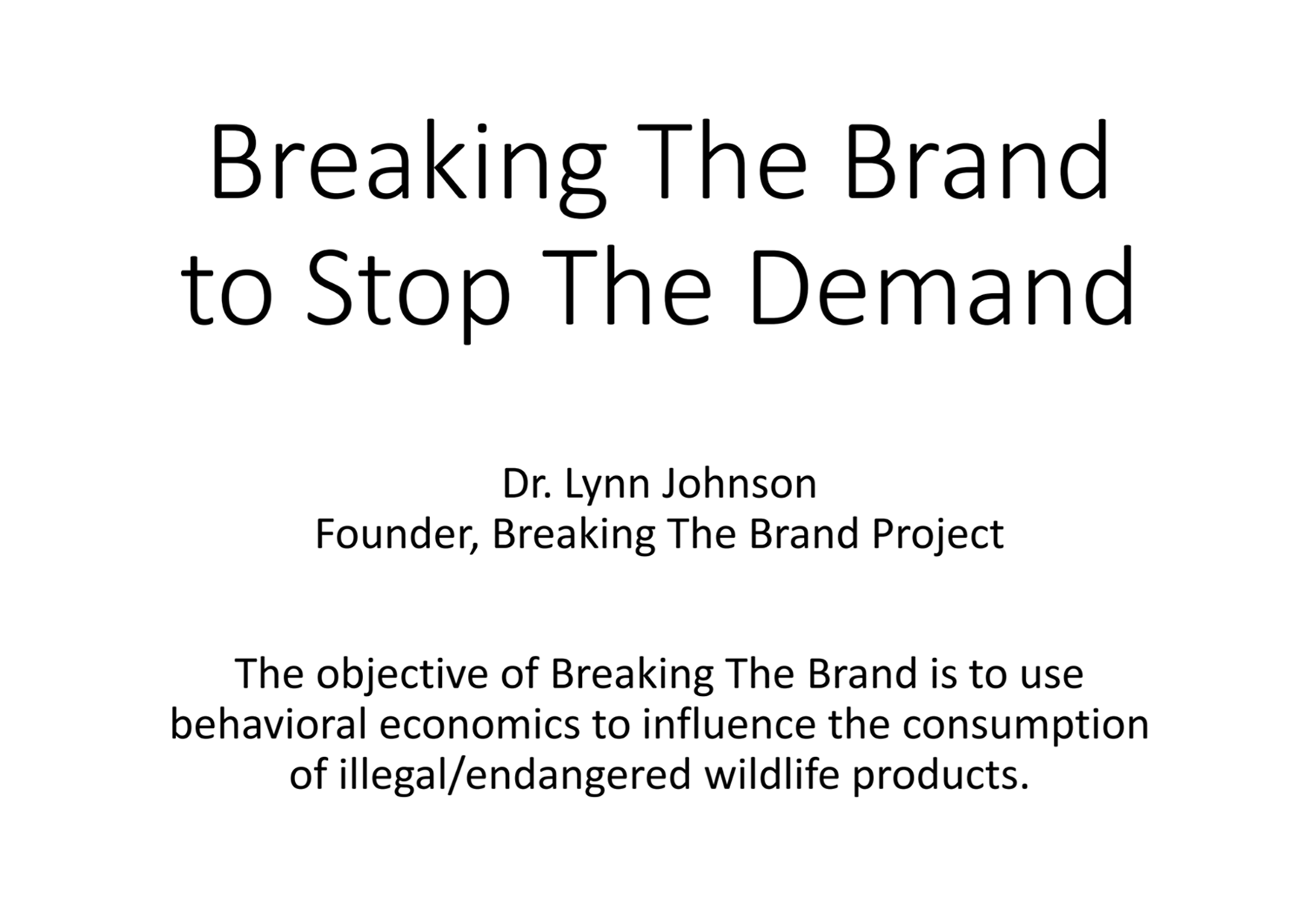 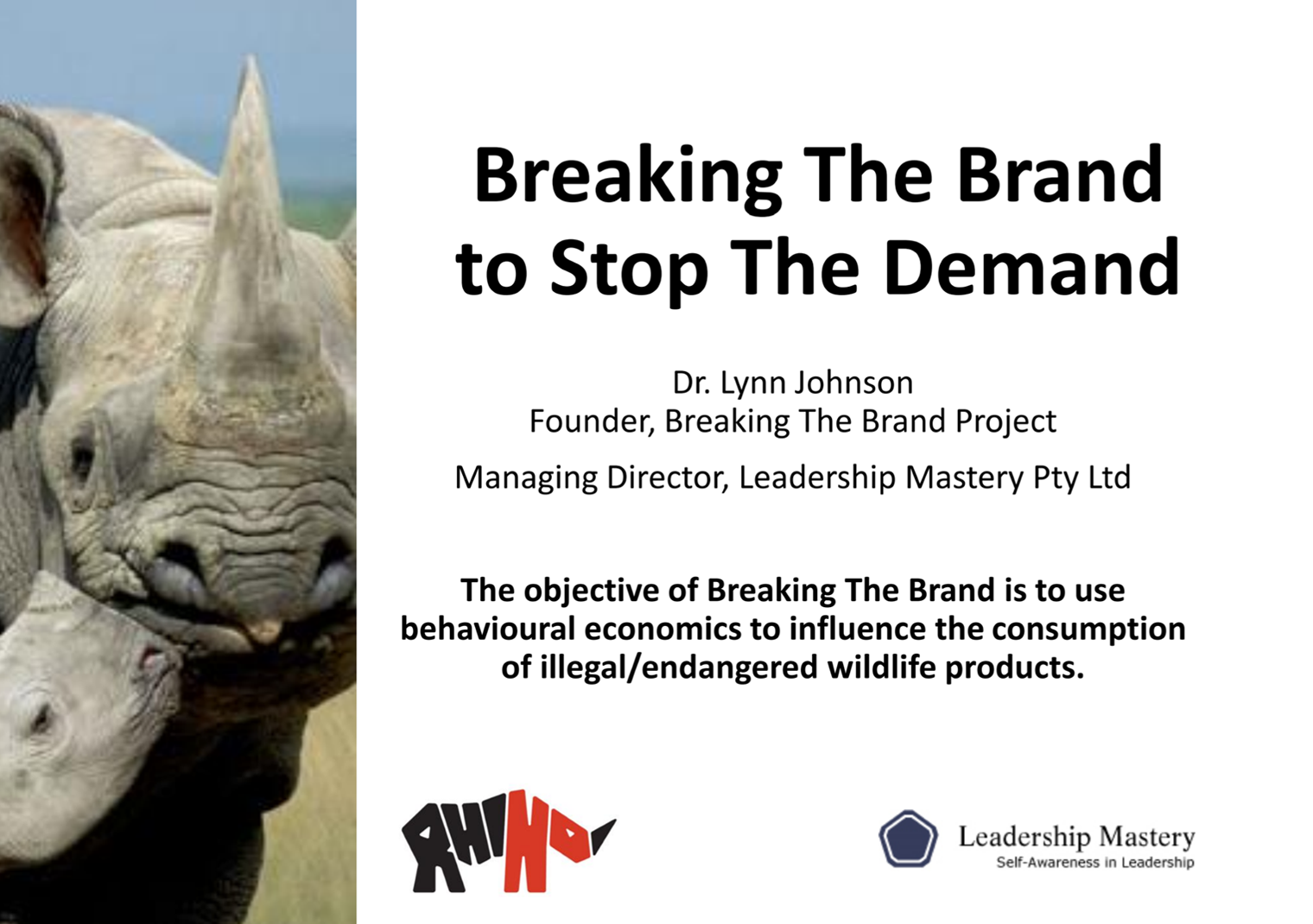 Symposium On The luxury Industry
University of Melbourne (Sept 2016) 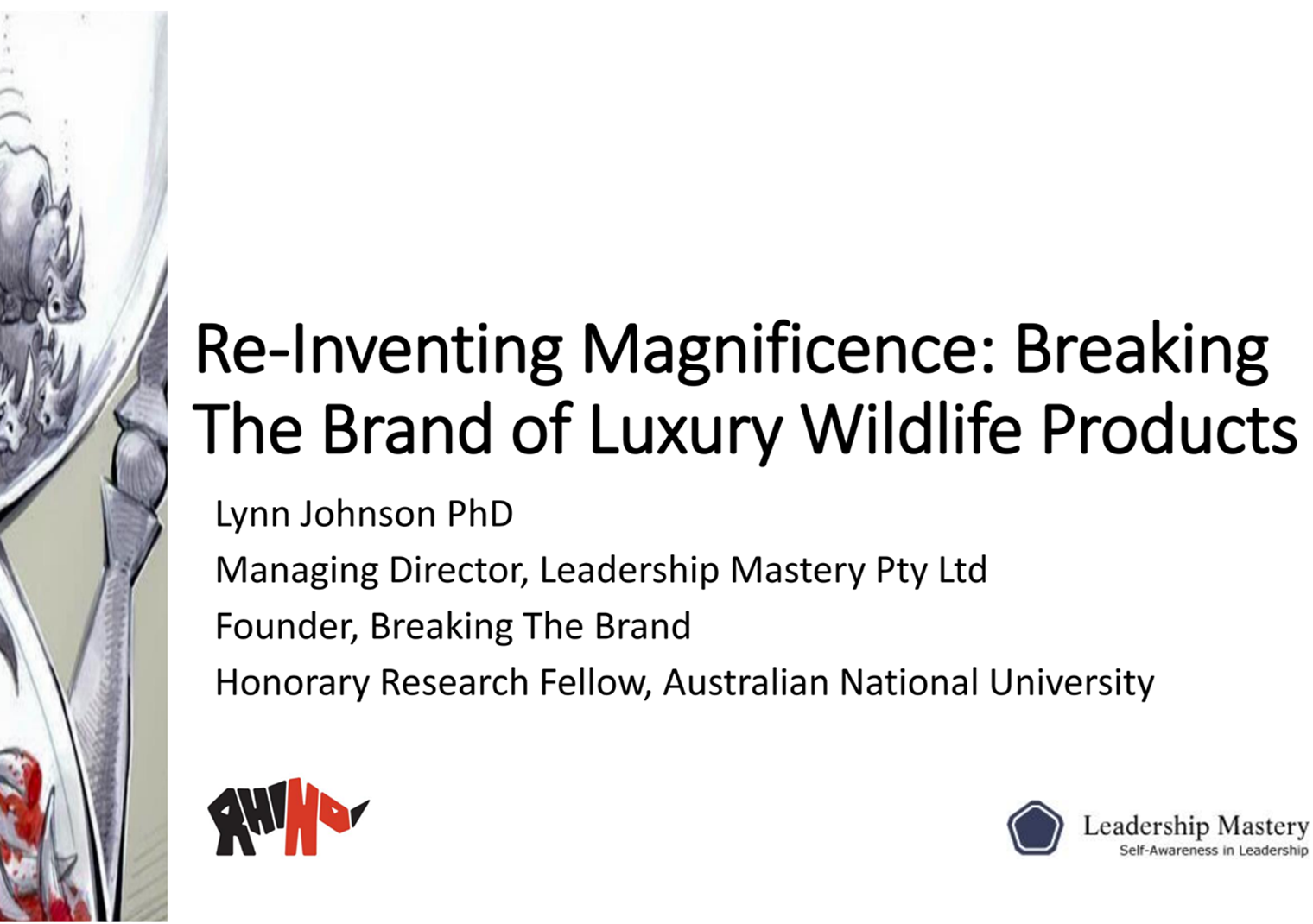 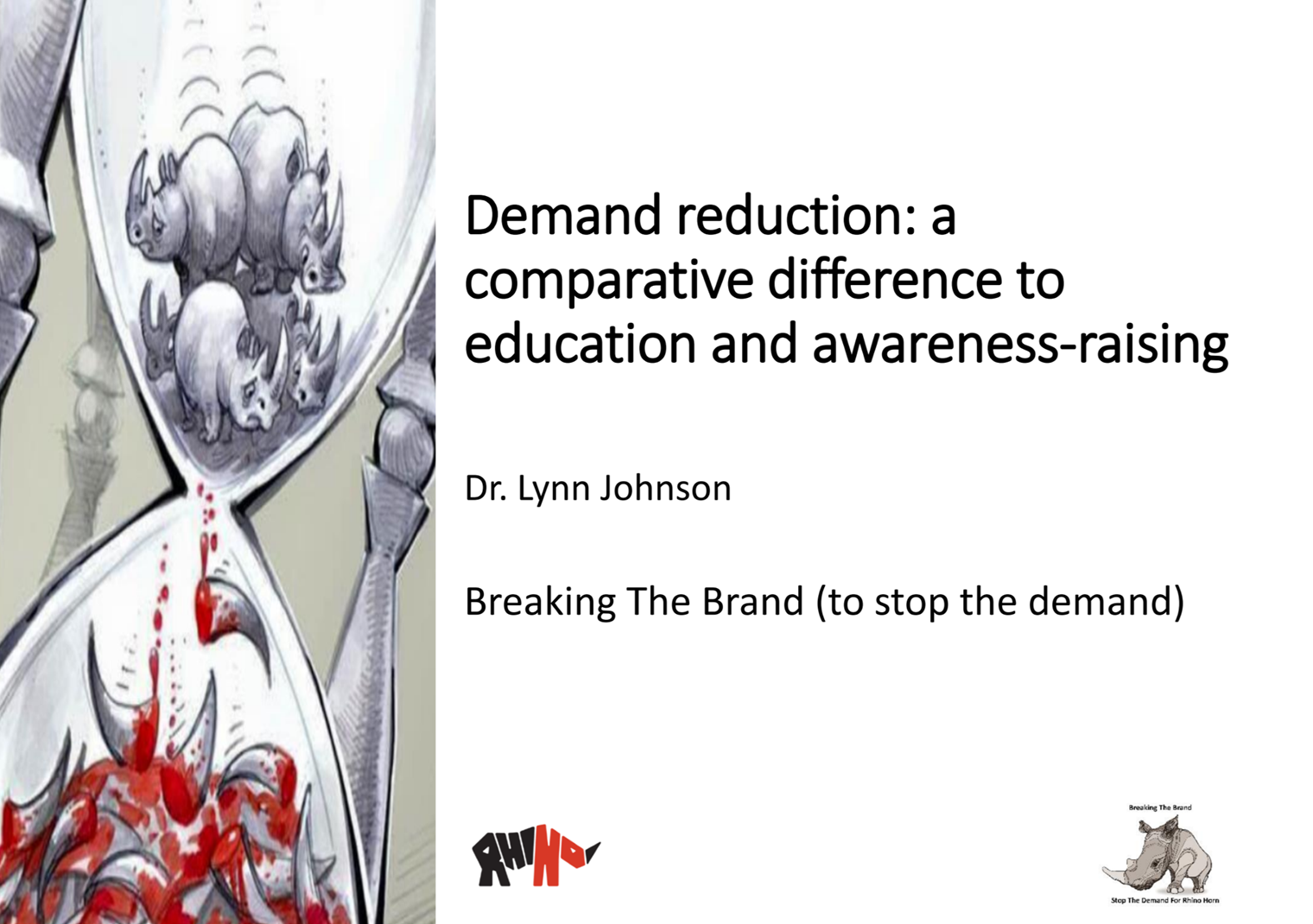 All articles and presentations associated with Breaking The Brand can be accessed by following the link.