In 44 Years, CITES And IUCN Have Provided NO Proof Sustainable Use Is Working

Having just recently sat through two weeks of CITES CoP18 in Geneva, I can say that, during that time together with all the research done searching for a way to modernise CITES, no key organisation pushing the sustainable use model can provide relevant data and evidence it is working.

Whilst any organisation that wants to reduce trade volumes or stop a trade in a particular species is challenged to provide evidence-upon-evidence-upon-evidence to back up their concerns and requests, CITES, IUCN SULi (Sustainable Use and Livelihoods Specialist Group) and others aren’t held to the same standards to provide proof that trade via the sustainable use model is working. And they can’t, because there are no useful or reliable trade analytics from 44 years of CITES operation. What is interesting is that they aren’t asked for evidence that the legal trade system is working. Maybe the reason they aren’t questioned on this is explained in one of the last blogs I wrote under the Breaking The Brand banner, just before Nature Needs More was launched – Want To Know Why Conservation Is Failing? Read On….

Can I just say at this point, CITES, IUCN etc STOP telling the story of the crocodile trade, time-and-time again it is rolled out. It used to be crocodiles and the vicuña that were held up as the poster species for the sustainable use model, but after recent question marks over the effects of trade on vicuña populations, crocodiles are now the only ‘go-to’ story to ‘prove’ the sustainable use model can conserve wild populations. But CITES lists 36,000 species for trade regulations.

Maybe to prove the system IS working CITES should provide the last 10 years of good quality trade analytics for the top 50 species, by trade value, that it monitors? My guess is it couldn’t do this, given the 1970s paper-based system it uses. A system that doesn’t integrate into world customs systems and where CITES allows signatory parties to get away with lodging poor quality and late (1-2 years late) paperwork; and even allows many counties not to lodge paperwork at all. So, CITES, IUCN SULi can’t provide evidence that trade has worked or is working to conserve the wild cohort or endangered species.

But they could, if they wanted… 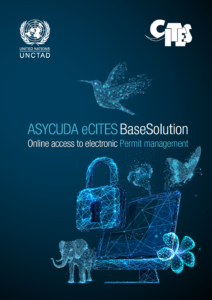 The starting point would be prioritising the roll out of the Electronic Permits – eCITES BaseSolution. An eCITES system has been discussed for nearly a decade with no progress made. For CITES to remain relevant and continue to exist it must be brought into the 21st century and the first step in modernising CITES is for a global rollout of an electronic permit system. CITES together with UNCTAD, and with the support of the Government of Switzerland, have jointly developed a cloud-based electronic permit system (eCITES Base Solution System) offering automated support for permit application, processing, issuance and reporting. It’s a great start and needs to be prioritised.

Nature Needs More and For the Love of Wildlife believe that the eCITES Base Solution System can be a real game changer in tackling the rampant trafficking, by creating real-time traceability and trackability from source to destination countries. In addition, over time it can provide more trustworthy global trade analytics that can flag potential compliance weaknesses and make better informed trade decisions.

Matthias Loertscher, the CITES delegate for Switzerland and Chair of the CITES Animals Committee, who is working on the rolling out the eCITES Base Solution System confirmed the cost of the first 20 countries implementing this system was only US$3 Million (and to roll it out to all signatory parties would cost about US$30 Million).

This should be no problem to do given: 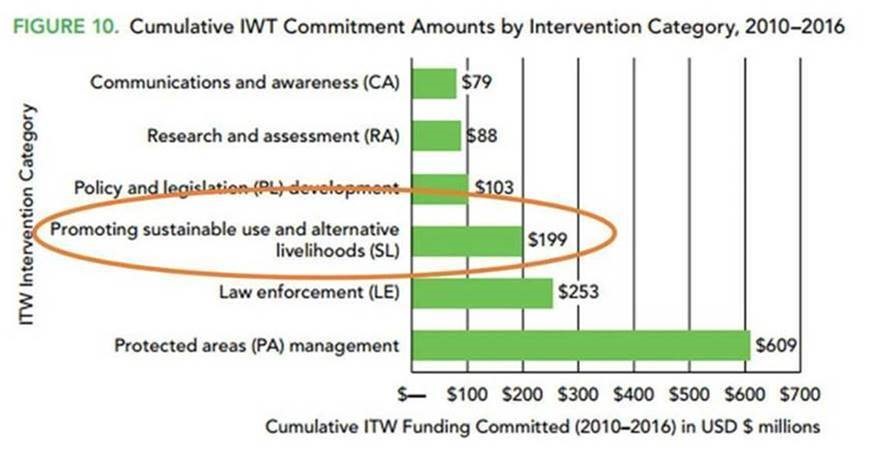 The CITES trade permit and management system is obsolete and couldn’t pass the most basic audit. The plain and simple fact is that this antiquated system is enabling the illegal trade to flourish, and it has no capacity to provide real-time legal trade data and analytics, so has no evidence that the legal trade is working to save endangered species from extinction in the wild.

We acknowledge that CITES is continually hampered by the significant lack of resources and a rapidly increasing workload. The annual budget to administer the global legal trade system is (in theory) currently US$6.2 Million; in reality it is closer to US$4.7 Million given signatory party arrears. But this shouldn’t be the case for a trade worth US$320 Billion annually.

While many aspects of biodiversity loss (e.g. farming practices, climate change, human population growth) may take years or generations to overcome, the loss of endangered species as a result of the trade in flora and fauna can be tackled immediately.

Nature Needs More, in collaboration with For the Love of Wildlife, will continue to work on a broader strategy to modernise CITES, as out lined in 3 Steps to Modernise CITES  Whist some aspects of our proposals were contentious and will need further education of the conservation sector, namely the reverse listing, there was 100% agreement that step 1, the move to electronic permitting, was critical and long overdue.  For this reason, we believe rolling out the eCITES Base Solution throughout signatory countries should be a priority if CITES wants to survive.

In discussions with the UNCTAD lead on this project, Renaud Massenet confirmed that for individual countries this roll out can be done in a matter of weeks and months. So, the question is, why isn’t this happening? Undoubtedly, one reason is the cost, given many countries are unable to pay. But why are impoverished countries being asked to pay? It is the luxury industry groups, who are making huge profits from a legal trade (remember it was valued at US$320 Billion annually in a 2012 and will be much more now) that should cover the approximately US$30 Million to roll eCITES out over the 183 signatory parties. Let’s remind the likes of Kering Group, LVMH and L’Oréal, all of whom use CITES listed species in their products, that they and other companies should be putting their hands in their very full pockets to cover the cost of implementing the eCITES trade monitoring and management system. These companies could easily put the money on the table in the next 24 hours so UNCTAD and CITES could get started.

Undoubtedly the governments of some (range, transit and destination) countries enjoy the ‘plausible deniability’ the current, antiquated CITES permit system provides them. In not knowing the true scale of how the legal trade is enabling the illegal trade to flourish they don’t have to deal with corruption or their citizens’ illicit desires. Given this, these countries will probably need a nudge. Some people may say impose a trade moratorium on countries that won’t support the implementation of the eCITES Base Solution (remember we are saying that the cost is covered by business so the country doesn’t need to cough up the funds), this is one option. Another may be reducing the trade volume a country can sell until it agrees to implement the eCITES Base Solution.  Having the reduced trade volume option can also work for countries who want to build their own electronic permit system or have done already. The system built cannot be allowed to be substandard and untrustworthy.

Finally, and perhaps most disturbingly there was no evidence that the corporate conservation organisations understood the value of implementing electronic permits in slowing down the illicit trade. This solution has been on the table for nearly a decade and very few people we spoke to understand the benefit of this key project. Virtually no one is championing it, in a conference of over 2,000 may be 30 people turned up to the meeting where CITES/UNCTAD discussed it. No one has pushed donors to fund it or institutions such as the World Bank to get behind it to influence large donors.

In short there was little evidence at CoP18 that conservation organisations were willing to address the historic, systematic flaws in the system that enables trade in the worlds endangered flora and fauna. And, it is clear that the already over-valued sustainable use model is being pushed to the forefront. Sadly, it is likely that the legal trade volume in endangered species will continue to grow. For this reason, we believe that the eCITES Base Solution system should be a focus and a global rollout of the system created by UNCTAD and CITES should be implemented in at least 50% (and ideally 100%) of CITES signatories before CoP 19 in 2022. Only when CITES provides quality trade analytics can it produce an evidence-based approach that the sustainable use model is working.

Until that time comes the current CITES system relies on the “willing suspension of disbelief” defined as a willingness to suspend one’s critical faculties and believe something surreal.

Suscribe to Our Blog Posts