It’s Time To Talk About Bloodlust 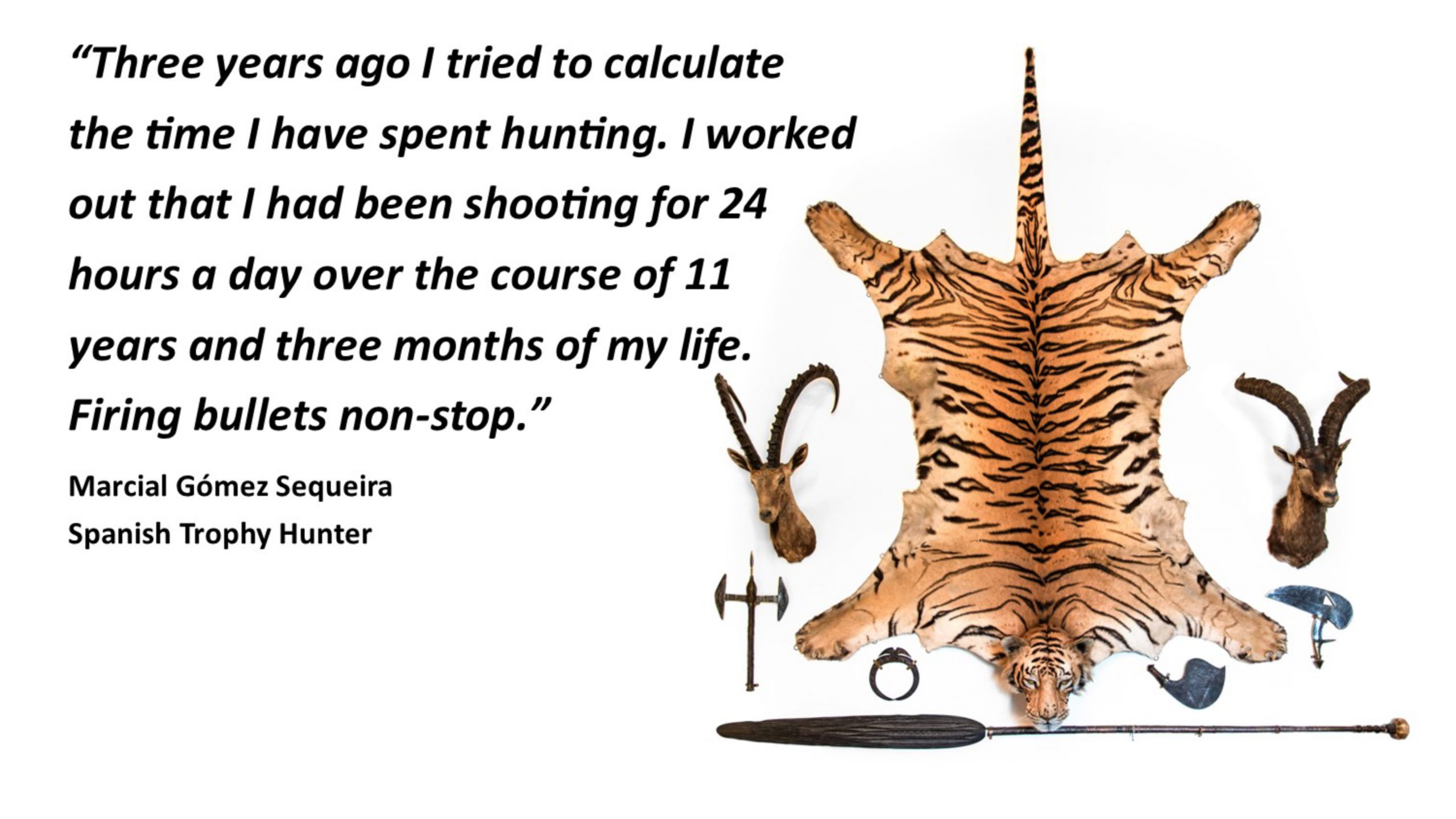 Apex predators and iconic species decimated by a handful of men who can’t control their urge to kill.

It is far too easy to find examples of bloodlust.

The behaviours that underpin these, and the many other examples of the ruthlessness demonstrated in hunting, are some of the same behavioural traits used to describe psychopathy. For example, an apparent lack of remorse or guilt, a lack of empathy, a failure to accept the negative implications of one’s own actions, to name just a few.

When men (and it is mainly men) are willing to undertake this level of slaughter, should the mental health of those given the legal license to inflict such carnage be considered? Is it time for society to reflect if these activities really happen by accident or are they the result of social evolution, resulting in too great a level of acceptance of unethical behaviour?

For the last few thousand years forms of government evolved, and became prevalent, which bestowed arbitrary power over other people on those at the top of the hierarchy. Research is beginning to emerge exploring how such hierarchies promoted psychopathy, because psychopaths are attracted to systems and institutions that provide them the prospect of arbitrary power over others. Their elevation to the ‘top of society’ and their perceived status as leaders was further aided by the more recent transition to meritocracies, which imply that anyone who makes it to the top is ‘deserving’ to be there; numerous examples highlight that this seems to be irrespective of the toxic behaviours they exhibit.

Today, these hierarchies don’t only exist in government or business, they exist at many levels, from the military to community organisations, sports clubs, school councils and even social (media) groups. As soon as the members of the group don’t keep the extreme behaviours of the group’s leaders in check (which in meritocracies they don’t) there is no feedback loop on what is acceptable and what is not. Those who have carved out their position of arbitrary power within the group in effect become untouchable and their abhorrent behaviour will be tolerated and excused by the group to protect the institution, organisation or the group’s ideology. At the extreme end of this abhorrent behaviour sits the psychopath, but what do we mean by extreme?

As a result of the 2008 Global Financial Crisis, a number of studies to understand why it had occurred confirmed that higher than expected levels of psychopathic traits (superficial charm, grandiose sense of self-worth, need for stimulation/proneness to boredom, manipulative, lack of remorse or guilt, shallow affect, lack of empathy, irresponsibility, failure to accept responsibility for one’s own actions are some of the behaviours) exist among people in the upper echelons of the business world.

The research concluded that the prevalence of what they termed the ‘successful psychopath’ was anything between 3% to 21% at senior management levels and above.  One study of 261 corporate professionals in the supply chain management industry showed extremely high prevalence rates of psychopathy, with 21% of participants found to have clinically significant levels of psychopathic traits, a figure comparable to prison populations.

The level settled on by many researchers is that 4%-5% of the overall professional management group population has clinically significant levels of psychopathic traits, compared with 1% of the general population. These ‘successful psychopaths’ can engage in unethical and illegal business practices and have a toxic impact on other employees. 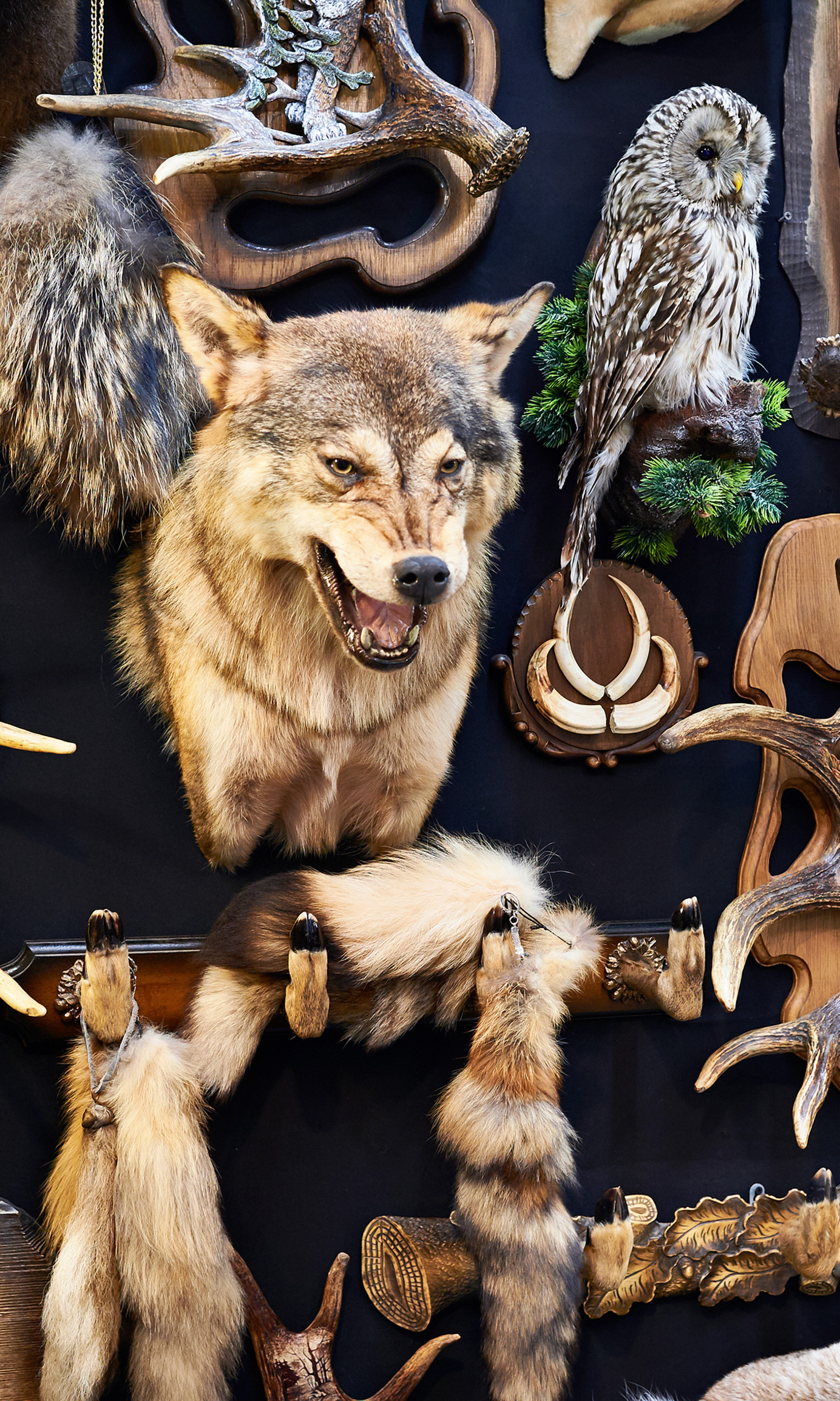 Hunting is just a microcosm of the world. A 2003 study of hunting magazines states, “Since the majority of hunters are white, middle-class males (who are also the primary readers of hunting magazines), most of the photographs that are published are of white men with the large animals they have killed…Hunting remains a white male narrative, in spite of the rhetoric of increased family participation that permeates contemporary hunting discourse. Our ﬁndings are consistent with theoretical and empirical arguments that hunting, and the exhibition of trophy animals are driven by ideologies of domination, colonialism and patriarchy.”

Some have even termed trophy hunting the psychopath’s pastime.

What happens when you have people demonstrating psychopathic behavioural traits, who cannot control their desire (urge) to kill? Historically psychopaths have been able to kill people without major repercussions, in wars, duels or by killing their slaves or serfs. Colonialism and racism meant such killing went on into the mid-20th century, from continental Africa to Australia and to the USA, with the horror of lynching finding its way into what has been called the most shocking song of all time, Billie Holiday’s Strange Fruit.

While the ‘successful psychopaths’ driven by the ideologies of domination, colonialism and patriarchy can’t kill people at the same scale today (at least in developed countries) you could say that many have found an ‘outlet’ in hunting and the killing of ‘powerful’ animals instead. If a person like Marcial Gómez Sequeira feels compelled to shoot thousands of animals, this is clearly neither rational nor mainstream behaviour. This example shows how some people show a lack of understanding of the need to self-regulate, and simply assume they have the right to kill at this scale because they want to, and they can pay the required fees. When an individual is unable to manage their desire to kill, regulation and legislation must step in. Currently it doesn’t, and the hunting industry shows too little willingness to condemn such slaughter in case it undermines the group’s ideology.

Society has bought into the meritocracy narrative, despite the fact that merit cannot be defined in any meaningful way in pretty much all circumstances.

We have swallowed the idea that those at the top are ‘deserving’ because they got there ‘on merit’. We let them get away with murder (at least of animals) to protect the idea that ‘anyone can make it if you work hard enough’. We (still) excuse or discard all evidence to the contrary – the appalling behaviour of our leaders in politics and business, the incompetence and unethical behaviour, the fraud, the corruption. How long will it take for society to say this will no longer be tolerated?

The hunting and shooting industry can have no credibility if it doesn’t deal with its members who cannot regulate their desire to kill. Currently the industry is dominated by commercial interests and the ability to pay – which override any concerns regarding unethical behaviour, including the killing of apex predators and iconic species at a time when their populations are plummeting and under significant threat.

Since the article started with the story of Spanish trophy hunter, Marcial Gómez Sequeira, and his 11 year none stop killing spree, lets finish with an update. In November 2021, police seize 49 taxidermy mounts and 132 ivory pieces from the luxury home of the former president of Sanitas, the leading Spanish health insurance and service provider, which is now part of Bupa Group. Following a year-long process, Gómez Sequeira has been unable to prove the legal origin of 49 taxidermy mounts, four elephant tusks, four hippopotamus canines, two rhinoceros horns and 132 carved ivory pieces.

When one man can do this, it is hideous to contemplate what is done by all the other thousands of shooters and slaughterers in this shipwreck of humanity.