Trade Legalisation Debate – The New Root Cause of Rhino Poaching? 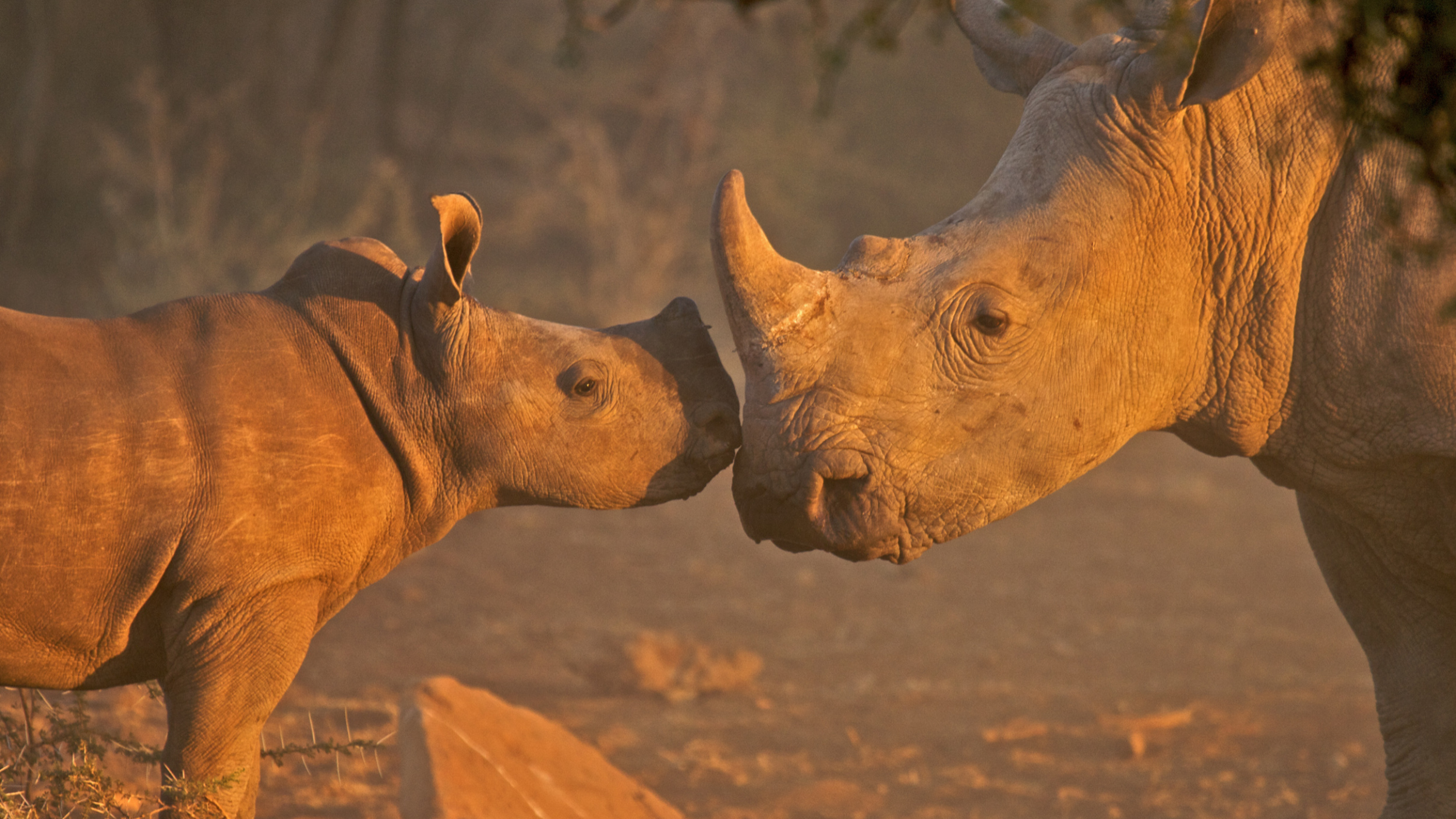 When we started Breaking The Brand it was because we saw a lack of focus on the root cause of rhino poaching and wildlife crime in general, namely the end user. Similarly, the work that was being done on the demand side in the main did not resonate with the primary users of genuine rhino horn.

All the work undertaken from anti-poaching measures to dehorning, though absolutely necessary or worth trying, in effect tackle the symptoms and not the root cause. However, after recent work in both Viet Nam and South Africa, the Breaking The Brand leadership team has found itself debating if the root cause driving the current rhino poaching tragedy has shifted, and we believe perhaps it has.

The South African Pro-Trade/No-Trade debate has now evolved to the point that the government has appointed a rhino horn trade committee to investigate the feasibility of a rhino horn trade. In our eyes this pro-trade push could now be the root cause of the continuing poaching issue. 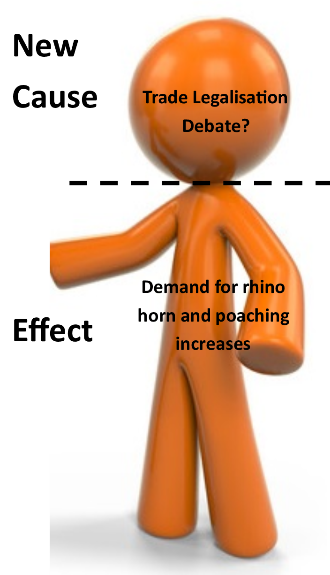 When I spoke to several people working on the problem locally in Viet Nam in October 2014, I was told that South Africa’s pro-trade/no-trade debate is the key thing slowing the Vietnamese Government’s response to tackling consumption of rhino horn in Viet Nam. This makes perfect sense when you consider, why would any government target its high net worth citizens, who are the primary users of genuine rhino horn, when:

As people stated, the pro-trade debate in South Africa effectively neutralises law enforcement based success in Viet Nam. At the time we all thought that this left user targeted demand reduction as the only viable option. But now even this approach may not be available anymore.

To understand why, let me recount what we discovered when we recently spent three weeks in South Africa meeting and interviewing people about the rhino poaching situation and pro-trade debate.

The first observation is that the pro-trade side is well organised, well-resourced and has access to government. Their focus is single-minded around the immense financial gain from selling stockpiled horn. Given that the government stockpile is estimated at 20t and the private stockpiles at 3-5t, we are talking a potential windfall of billions of dollars and we know all too well from history that some people will do pretty much anything to make that kind of money overnight.

The second observation is that the anti-trade side is poorly organised, poorly resourced, lacks focus, strategy and the same access to government. In the main they are fighting small side-battles rather than getting traction in the real debate. This is not unusual and is all too common for activist movements that lack strong leadership, clarity of purpose and fail to invest in understanding their enemy.

The result is that the pro-trade side appears to running the show and ruthlessly dispatching the opposition or players that dare to stand in their way. Interesting that horn infusion was singled out for concerted criticism, when it is currently the only technique that devalues rhino horn from a user’s perspective. We commend Lorinda and Charlies of Rhino Rescue Project for staying the course and rebuilding the image of horn infusion in the eyes of the public. It has been a tragedy for rhinos that your necessary work has been stymied for nearly a year.

Several people we spoke to alleged that pro-trade representatives where spending more-and-more time in Viet Nam; this has been confirmed by some of our Viet Nam contacts. I will come back to this point toward the end of the article.

But firstly, how can the pro-trade players be so sure that they have a chance of getting their way? We only have to look back over recent similar issues and watch the world to see that money normally wins out. How long has major international legislation on climate change been delayed thanks to the investment of fossil fuel lobbyists and think-tanks funded by the likes of the Koch brothers? While there is a chance to win, and win big, it is worth pushing and this is what is happening in South Africa at the moment with rhino horn. There is just too much money at stake and in these situations the people who stand to gain the most will often do whatever it takes.

Certainly from a conservation perspective there is a strong belief that the CITES meeting in 2016 will not agree to a legalisation of the rhino horn trade. In the main people also don’t think that there would be an agreement for a one-off sale of the stockpile of rhino horn owned by the government or private individuals. But that’s also not a certainty and hence the pro-trade lobby are pulling out all the stops to try and get the result they want.

As is so often the case in these circumstances, economists arguing that trade legalisation will solve all problems are easy to come by (they disappear later when it turns out yet again that nothing quite worked out as predicted). I hope that that more people will challenge these weak economic arguments and move beyond neoliberal economic models to take into account what happens in the real world.

In all of the meetings we had in South Africa, whenever horn infusion came up a pattern emerged that indicates a manufactured campaign against the method; everyone has been fed the same sound bites. There is now emerging evidence that this is starting in Viet Nam in relation to the Breaking The Brand campaign. Since arriving back in Australia and catching up with our Vietnamese supporters they have been telling us what they are hearing:

It is not unexpected, as we have previously written about and given Breaking The Brand is being attacked, then we know that our RhiNO campaign is making some people nervous. As a reminder, the campaign was launched on the 15th September 2014 and so far has cost a total of US$55,000; so what is a surprise is that we didn’t expect our small-scale campaign could make people nervous so quickly! 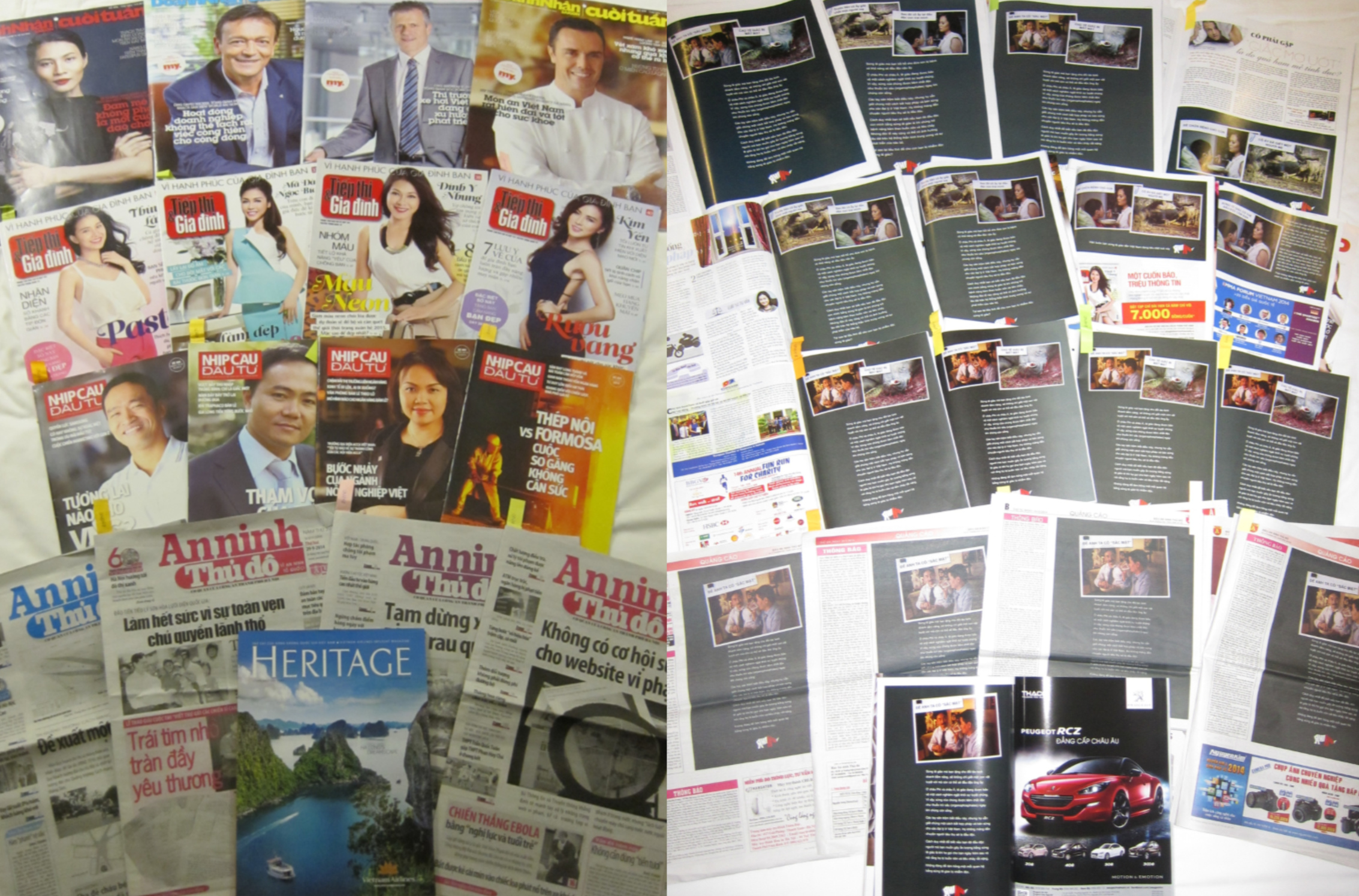 However, what we don’t want to do is spend the next 12 months battling the undermining tactics of the pro-trade people (as Rhino Rescue Project has had to do for the last 8 months in South Africa) rather than tackling the rhino horn demand. Even if we had the resources and the inclination to do this, there is no sizable percentage of the Vietnamese population that could be enlisted for support. There is simply no chance of creating public outrage; when wild rhinos became extinct in Viet Nam in 2011, there was barely a blip on the public radar.

What does this mean for Breaking The Brand? To be honest we are not quite sure yet. The primary users of genuine rhino horn who we believe were the root cause on the problem when we started the project:

and, as a result they were relatively easy to target in a demand reduction/behaviour change campaign.

But it now appears to the Breaking The Brand leadership team that the South African government’s investigation in to the feasibility of a rhino horn trade may be the new ‘root cause’ fuelling the current rhino poaching problem. With even the slightest possibility of a trade in rhino horn becoming legal some on the pro-trade side and the criminal syndicates will quickly deploy counter measures to keep their business going.

What has become clear over the previous 12 months is that the South African government appears impervious to any pressure, be it national or international. It is our belief that until a decision about trade is made, either at CITES 2016 or beforehand, the pro-trade side will single out any approach that undermines demand, devalues the ‘product’ itself or threatens the potential profits to be made.

So we would say:

As a result of the changed conditions and our findings in South Africa, Breaking The Brand may need to change strategy and focus. We will give this some serious thought over the next couple of weeks and outline our position in our second Annual Report which we will publish soon.